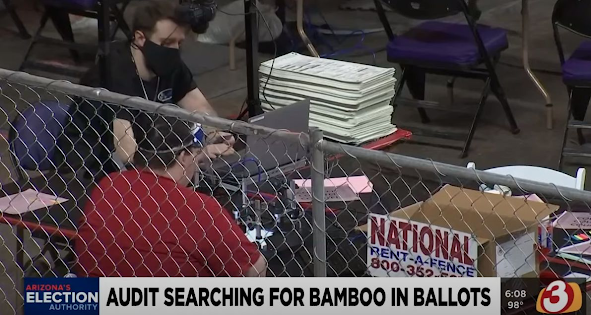 Every state in the union was officially audited numerous times after the 2020 election when Biden beat Trump.

Even Trump cronies, like AG Bill Barr, said there was no evidence of fraud in the election. Yet, we're still hearing about so-called "audits."

After watching the audit debacle in Arizona for months it's painfully evident it's anything but a real AUDIT. It's a partisan grift to reinstate Trump and has been a constant source of mockery among the mainstream press.

Even some Republican Arizona lawmakers admit that the whole thing is a farce and nothing more than a right-wing fundraiser.

Kudos to the Philadelphia Inquirer for their recent article about audits - "Why We're Not Calling It an Audit." Take a moment, this is a good read.

Based upon reality, the paper explained that it's because "there's no indication" that this latest "forensic audit" effort in Pennsylvania "would follow the best practices or the common understanding of an audit among nonpartisan experts."

In other words, after months of Trump alleging baselessly that the election was rigged, this effort is just another grift to raise money. There's been no evidence shown to think otherwise.

Pennsylvania's fledgling attempt to conduct a "forensic audit" is based on the months-long partisan review in Arizona, widely regarded as irrevocably flawed and unnecessary to begin with, and initiated by Republican lawmakers carrying water for Trump.

Going forward we can expect more baseless attempts to overturn the 2020 election - it's baked into the base - along with new narratives coming from deep right conspiracy theorists who refuse to acknowledge facts and evidence.