As Our World Turns: Sometimes It's Like Living In An Alternate Universe

Following current events in our society is like going on a safari in hell. It's getting harder to tell the difference between the truth and lies. They meld together seamlessly.

Look back ten years ago. Twenty years. Thirty years. And more. Who would have believed that a reality star and sociopath would become the president of the United States?

The brain drain of America (our lack of emphasis on funding the education system nationwide) has produced demoralizing results.

I'll say it. The percentage of stupid people seems to increase daily. And they go into politics because a crooked real estate guy got elected president, and {By God!} they should be able too regardless of experience.

Imagine. Todays Republican party bows to one demented individual. Real conservatives are acting like cockroaches and scurrying under rocks when Trump approaches.

Our reality has been so crazy it defies the imagination. A person can be excused for thinking they slipped into an alternative universe on any given day. 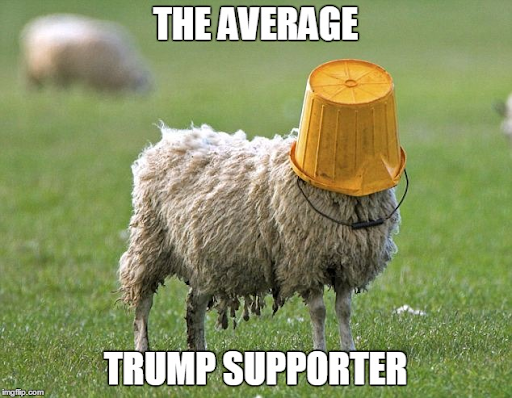 A former president attempted a coup and poisoned our electoral system.

But it doesn't matter!

The GOP sheep genuflect when he wobbles into a room.

As far as I can tell, Trump may never pay for the multitude of sins he's committed during his chaotic regime, and after he lost the 2020 election.

It's hard to wrap your mind around that thought. Where's justice? Is there such a thing?

It gets worse. We're experiencing Pandemic 2.0 because of stupid people who won't get vaccinated. To compound their stupidity they take medicines for animals, and bleach to fight COVID-19.

That's a recipe for a national disaster. Annual pandemics. We'll keep getting new mutations thanks to anti-vaxxers who do live in an alternate universe.

It's no easy task to remain grounded and in the "here-and-now" with all of the crazy things that people are saying and doing every single day.