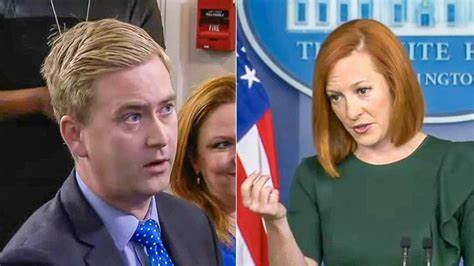 White House Press Secretary, Jen Psaki, is a no-nonsense kind of person who respects the press, but doesn't let some of it's members walk all over her.

Most of her pressers are boring. There's very little action going on, and fewer insults than in the previous administration.

In her defense, Psake doesn't have a lot to work with. If it wasn't for Faux News reporter, Peter Doocy, I wouldn't even watch the White House Q and A exchanges. I can usually count on him saying something stupid and partisan for a good laugh.

There's a few other reporters from right-wing organizations like Chanel Rion, for OAN, Emerald Robinson for Newsmax TV, and Elizabeth Moore for Breitbart, that provide sporadic entertainment. 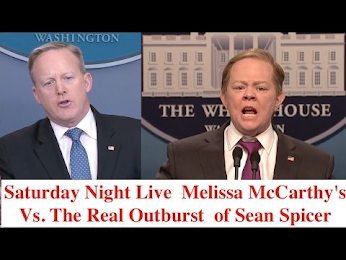 But I miss the days of Sean Spicer, and Sarah Huckabee Sanders assaulting the press corps and lying about everything.

It was fun watching the pressers with Sean Spicer who often got beet red with anger while ranting at his tormentors who sought the truth. I knew I could count on Saturday Night Live to re-enact those hilarious episodes. 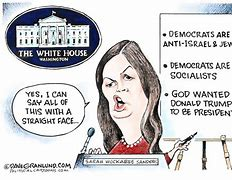 Then there was Sarah Huckabee Sanders.

Most of the time she kept a straight face while rattling off a string of lies.

Sometimes her face got contorted and looked funny as she tried to defend the indefensible.

Throughout Trump's reign there was always a sense of anticipation at every press conference because you knew it could become a circus in a blink of an eye.

Nowadays, we have stoic Jen Psaki who doesn't speak from both sides of her mouth or asshole.

Sure, the entertainment value nosedived (nothing for SNL to work with), but it's worth it to hear the truth, and not have to listen to alternate realities.