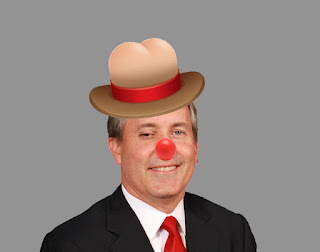 You have to hand it to Texas Attorney General, Ken Paxton.

He's waging war against reality and Texas residents still like him.

Despite facing a securities fraud lawsuit and an FBI investigation into claims he used his office for bribery, Paxton keeps filing lawsuits against democrats and Joe Biden.

Most of his baseless charges (with the exception of one challenge to an executive order) haven't won in court yet. That hasn't deterred the hypocrite however. 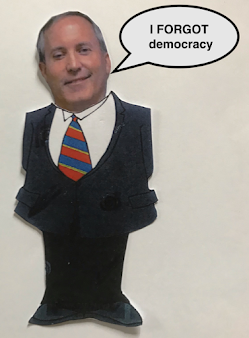 Let's look at Paxton's track record thus far in his Don Quixote-like quest to paint an alternate reality for Texas, and America.

-- Paxton joined with Gov. Abbott to sue the Obama administration at least 48 times.

-- Paxton tried (and failed) to sue six battleground states for unconstitutional changes to the 2020 election laws. The case was tossed by the Supreme Court. 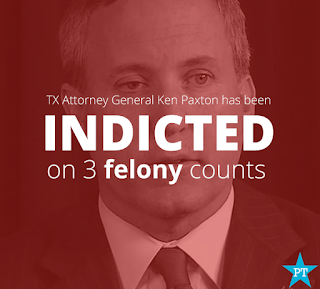 -- For nearly six years Paxton's been under indictment on three felony state fraud charges, and he's also under investigation by the FBI for allegedly accepting bribes from a real estate developer.

-- The State Bar of Texas originally dismissed a complaint that Paxton had committed professional misconduct by petitioning the U.S. Supreme Court to overturn President Biden's victory in four states.

But the Board of Disciplinary Appeals, a tribunal of 12 independent lawyers appointed by the Texas Supreme Court, overturned that decision last month.

The tribunal is investigating whether Paxton's lawsuit to overturn Biden's electoral win was frivolous, unethical, and filed in bad faith.

If the proceedings determines Paxton is guilty there will be a disciplinary process that could result in disbarment and suspension.

Despite Paxton's track record in losing lawsuits, he continues to for one big reason; many Texas Republicans are still drinking Trump Aide, and don't believe in any of the charges filed against him.

Instead of losing voters for a career reeking of hypocrisy and lies, Paxton gains their support with every outrageous stunt he pulls.

It's a situation the whole country is facing as the Party of Trump attempts to claw it's way back into power.