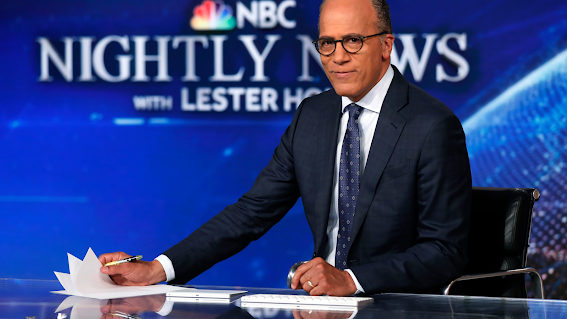 Lester Holt hit the nail on the head after accepting the Edward R. Murrow Award for Lifetime Achievement in Journalism on Tuesday, when he said "fairness is overrated."

What did he mean?

"That the sun sets in the west is a fact. Any contrary view does not deserve our time or attention," he said to the audience of his peers.

Why provide a forum for misinformation? What benefit is there to giving unsupported arguments an open forum? The answer is none.

The sharp critique by Lester struck a note with me. I never agreed that it was a good idea to give liars and conspiracy nuts equal time in the mainstream media.

In recent polling by Axios just 46% of people said they trust traditional news media. In addition, 56% of the poll respondents said they agreed with this statement:

"Journalist and reporters are purposely trying to mislead people by saying things they know are false or gross exaggerations."

Who can blame people for thinking that?

Until the mainstream media decides to quit giving liars and conspiracy nuts a platform, this problem will only get worse.

Unlike Kellyanne Conway's claim of an "alternate universe" we all live in a reality based world.