Frozen Stories from Texas: The Deadly Winter of 2021 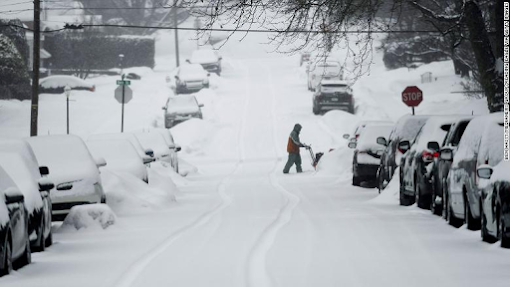 Winter came with historic lows and snowfall in Texas, a state totally unprepared to withstand freezing temperatures because of an energy grid that wasn't properly maintained.

Texas is under a weather siege. With the collapse of their power grid infrastructure - people have been without heat, electricity, and their water was, and is today, contaminated and has to be boiled.

** Texas Senator Ted Cruz fled to Cancun while his constituents were freezing to death and going without food. Political pundits say it was a major gaffe as Cruz was forced to experience the walk of shame afterwards.

** A 11-year-old boy fell in a frozen pond in Jefferson, Texas and was spotted by a passing dog walker who rushed for help. The was okay and successfully rescued.

**Texas officials are investigating the outrageous energy bills as a result of last week's storm. Griddy, a power company told it's customers if they didn't like the prices they were welcome to go with someone else!

** The powerful winter storm that hit Texas was a test for the state's "Go-It-Alone attitude." Texans have long prided themselves on bucking federal oversight and standing apart from the rest of the country. Now they need the federal government's assistance.

** President Biden approved a major disaster declaration and is sending FEMA in to assist the failed infrastructure.

** A Texas woman used tortillas to rescue a dog from the freezing cold. The woman picked up the lost, or stray, dog on her way back from a food run.

Texas set the stage for its energy crisis more than 80 years ago when they vowed to never allow power outside the state, thus avoiding federal regulation.