Why Are The Supreme Court Justices Hindering Investigation of Trump? 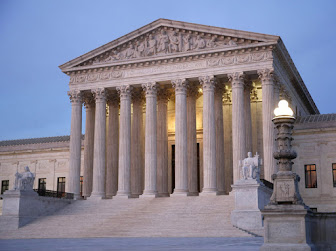 For reasons unknown, the Supreme Court justices have diverged from long-standing practices and are holding up the case of Trump v. Vance.

Lawyers are baffled by the paths the justices have taken - or rather, not taken. One thing is clear, it's stalling the case to get Trump's taxes, and Vance's office is disadvantaged by the courts inaction.

For nearly four months, the court has refused to act on emergency filings related to the Manhattan grand jury's subpoena of Trump's tax returns.

This is not the normal procedure the court takes. Usually, there's a timely response, one way or the other.

So, what is happening behind the scenes?

This unexpected delay smacks of politics and appears to ensnarl the justices even more in the controversies of Trump.

Trump's lawyers have been fighting the subpoena for over a year in lower courts and in the supreme court.

The kicker is apparently Trump's legal team may be prolonging the case up to another year! Their new strategy is to get the justices to judge the merit of oral arguments they now want to submit.

The fact that the court has six conservative judges and only three liberal judges doesn't bode well for Vance's team.

It also confirms that the Supreme Court has been taken over by conservatives, and no longer serves the rest of Americans.