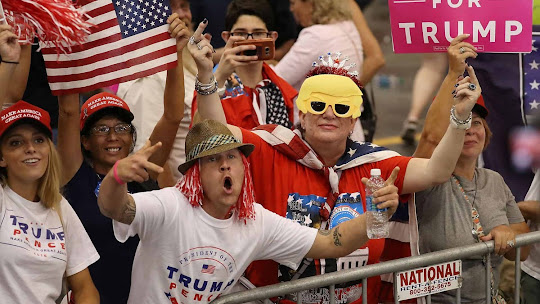 CNN's Fareed Zakaria made a powerful statement this morning; "Republican voters are use to their politicians lying to them."

At first, the claim sounds like something a partisan hack would spew while stereotyping the opposition.

One; Zakaria is not a partisan hack and is a highly respected journalist and political commentator on TV. He's also an author.

Two; Because the GOP is divided between real conservatives and Trump cult followers, you have two divergent views trying to co-exist as a party.

The traditional Republicans know they've been lied to by Trump, but are afraid of his popularity, and have settled for a mulligan and kept their mouths shut.

The Party of Trump, far right extremists of every stripe, believes everything their divine leader spouts. His words are their commandments.

Even though reality constantly exposes Trump's lies - Stop the Steal - his minions gladly suspend any common sense they have in favor of pleasing Lord Bone Spurs.

The consensus that our former president who was impeached twice during his disastrous time in office, is now a kingmaker makes my head spin.

It just goes to show how f**ked up our country is when a con man is still trying to overturn democracy from his lair in Florida.