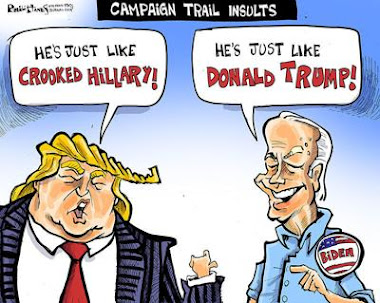 The fading reality star who stole the 2016 election is facing his final curtain call tonight in the last presidential debate before Nov. 3rd.

I don't believe, for one moment, that there's any undecided voters left in the country. Trump voters are locked in.  So are Biden voters.

So why even bother having the debate if no one is left to court?

--An opportunity for Trump to suddenly win hearts and minds? (Like that'll really happen.)

--Another opportunity for Biden to humiliate an obviously defective opponent on national TV?

--The Trump campaign is hoping for an October Surprise after a stellar performance by Trump?

--It's traditional to have three debates?

Take your pick. There can be multiple correct answers. 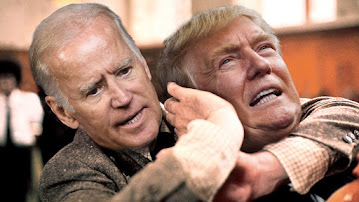 I'm left with one conclusion: it's going to be entertaining because Trump will put on a performance worthy of his reality TV days on The Apprentice.

If you plan on watching the debate, I suggest bringing popcorn and an alcoholic beverage of your choice. I doubt you'll ever see a political performance like this ever again.

I sure hope not.

Quote for the Day: "America is the first culture in jeopardy of amusing itself to death." -John Piper