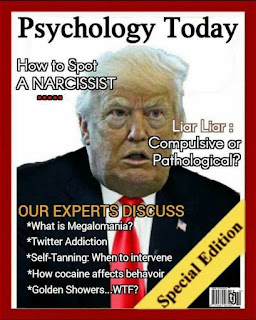 Trump plays with statistics like a child does with Play-Doh.

He stretches them until they please him. He loves throwing out ridiculous statistics like the country is ready to do five-million tests a day...soon.

The experts response, "Not on this planet, with the rate we're testing right now."

A majority of healthcare officials have called bullshit on that testing claim so many times Trump finally backed off Wednesday, and said someone else used that figure and he was just repeating it.

Rather, watch a couple of past videos where Trump touts America's amazing testing capacity versus reality. And how we're leading the world in testing (which is patently untrue per capita) and other countries are just in awe of our testing abilities.

The brutal fact is the USA trails most industrial nations in the world in testing it's citizens for the coronavirus.

In a recent White House meeting with corporate executives Trump repeated his conspiratorial suggestion that the media is talking about a lack of COVID-19 testing to try and damage him politically.

How was that claim received? The CEO sitting next to Trump made it clear that his claim was nonsense! Oh, yes he did!

Christopher Nassetta, president and CEO of the Hilton hotel company, made it clear (without directly confronting Trump) that testing is essential to his company's future and without mass testing he couldn't open for business.

And, there's NOT enough testing being done right now for that to happen. Checkmate on Chump's media assertion. Another conspiracy crushed by reality.

Despite the fact that the CDC's reopening guide says that "reopening the country strongly relies on public health strategies, including increased testing of people for the virus," and the White House's own reopening guide prominently mentions the importance of testing...

Trump is still trying to convince people that what they see, and hear, isn't true. That he knows more than the experts, even after they correct him.


On the Homefront - Medford, Oregon 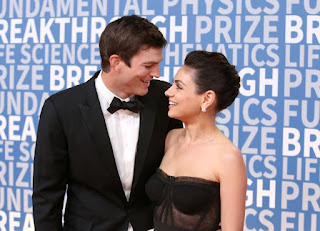 Oregon is known for it's excellent pinot noir.

**Amazon began a pilot program to test some of its warehouse employees in Troutdale, Oregon, for the coronavirus this week, part of a bigger program to address the outbreak.

**Oregon's state parks have extended closures through the end of May. The animals are probably loving it!

Quote for the day; "If you tell a big enough lie and tell it frequently enough, it will be believed." -Adolf Hitler
at May 01, 2020