A Numb Nation: It Takes a Lot To Shock Americans These Days 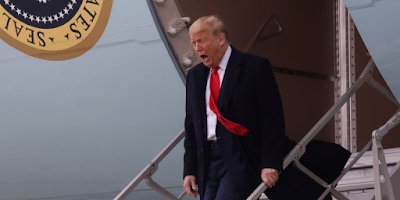 The alternate reality show in the White House gets worse daily. It's disturbing and tiring.

The Trump administration's shock and awe campaign to corrupt America has been so swift - a mere three years - that it's left most people numb, and barely able to react to the daily chaos.

Few people are surprised, or shocked anymore that the president of the United States is a blatant liar. In all of the past administrations the president was held to much higher standards. Truth mattered.

Sometimes it's hard for me to look back when I was in school and the president of the United States was considered a man of honor who set the standard for respect, and who always defended our republic.

Now we have a president whose openly bragged that he could shoot someone on 5th avenue in New York, and no one would do anything about it.

Trump's lawyers even tried advancing that fractured theory in court during an attempt to stop the city from investigating his taxes.

How numb are most Americans?

** The most corrupt president in American history has been impeached for abuse of power and obstruction of justice but it hasn't stopped his crimes...

… if anything, Trump has doubled down on violating laws after the GOP jellyfish acquitted him in the senate. He's currently on a revenge tour and unconcerned with governing... and no one is doing anything about it.

** Children at all age levels in school have been influenced by Trump's racism and are picking on peers who are minorities. Where's the national outrage?

** Trump mocks religion and gets away with it... and is still embraced by white evangelicals and far-right quasi religions like the Church of Prosperity.

** Trump believes Russian leader Putin over American intelligence agencies... yet it doesn't seem to matter. People are that numb.

Americans are numb, but not dumb.

During the next nine months voters need to shake off the lethargy that's been enabling Trump. Time is running out. The fate of the nation will be decided in November.

Don't numbly stand by and let the toxic times keep you away from the voting booths. Your vote makes a difference.