Why are we electing people who contribute to America’s infastructure destruction? 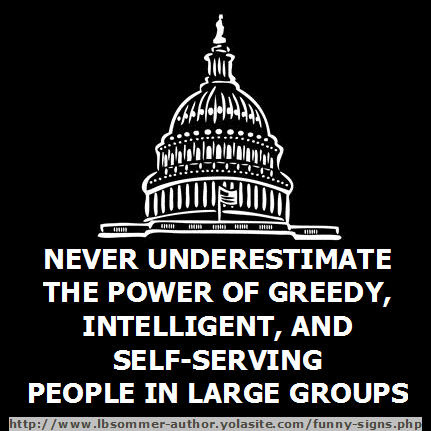 Voters elect corrupt politicians who are more interested in ideologies than realities. Greed pollutes our government like a virus. People are blinded by brands – Democrats and Republicans – sheepishly following along without too many questions.

All the ingredients for America’s eventual disintegration are in place. We downplay our own internal needs even as they worsen.

Despite years of warnings that the nation's roads, bridges and transit systems are falling apart and will bring nightmarish congestion, the House on Thursday passed a six-year transportation bill that maintains the spending status quo.

Anyone with a drop of common sense can see this is going to create more transportation problems than we already have. It’s like watching an oncoming train wreck and being helpless to do anything about it.

Yet, we allow Congress to get away with being so politically polarized that it’s like watching fight night at the coliseum every time a bill is introduced. What legislation that does manage to get passed seldom benefits the majority of Americans.

The fact that people are even considering electing Donald “Build that Wall” Trump or Ben “Pyramids for Storing Grain” Carson for our next president, is another sign of America’s end times.

Isn’t there anyone out there who cares enough to actually serve the people in this country, instead of being part of America’s demise?