Today is a Big Day for Ohio Voters: Legalize Pot or Not? 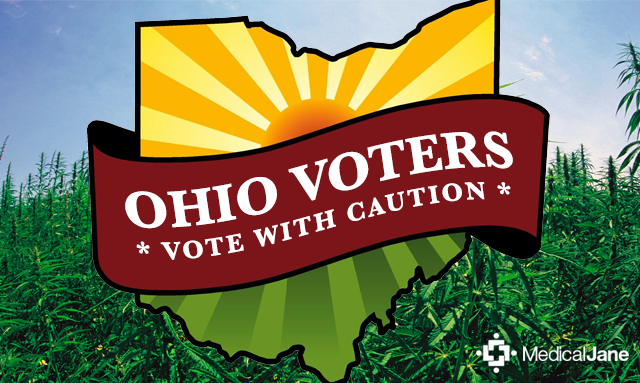 I want to wish all the people voting Yes on marijuana legalization today good luck. You’re in for a challenge.

There’s two ballot measures – or Issues as Ohioans call them.

Issue 3 would add an amendment to the state constitution that legalizes both personal and medical use of marijuana for those over 21 years old.

Issue 2 would nullify legalization if it creates "an economic monopoly or special privilege" for a private entity.

Wait a minute? What’s behind Issue 2? A legitimate concern. A monopoly.

Issue 3 grants exclusive rights for commercial marijuana growth and distribution to 10 facilities around the state. Those facilities are owned by investors in the legalization movement.

A recent poll by the University of Akron shows voters evenly split, but if the proposal passes, Ohio will be the first state to approve marijuana for personal use without first legalizing medical marijuana.

If both measures pass, the conflict will likely end up in court.

I don’t want to be a party-pooper but it looks like Ohio won’t become the 5th, and largest, state to legalize the recreational usage of marijuana, following Alaska, Colorado, Washington and Oregon, as well as the District of Columbia.

Next year, seven other states are expected to vote on recreational marijuana legalization. Chances are one of these will be the fifth state to legalize marijuana.