Rags to Riches: A myth perpetrated by wealthy politicians 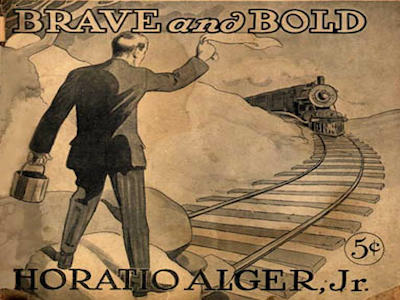 A favorite conservative myth is the one about a person “pulling themselves up by the boot straps” from utter poverty, to riches.

The myths origins are firmly rooted to one author’s body of work. His name was Horation Alger Jr.

He was a prolific 19th-century American author, best known for his many juvenile novels about impoverished boys and their rise from humble backgrounds to lives of middle-class security and comfort through hard work, determination, courage, and honesty.

His writings were characterized by the "rags-to-riches" narrative, which had a formative effect on America during the Gilded Age.

Claiming to be a conservative, Donald Trump is always talking about how he worked his way up to become a billionaire. The fact of the matter is Trump’s Dad gave him a “small” loan of a million dollars to get started.

Let’s get real. How many politicians in Congress pulled themselves out of ghettos and barrios to become wealthy and influential? When I hear about cutbacks in government it’s almost always on the backs of the poor and disenfranchised.

I’m not saying there aren’t exceptional people who overcome all odds against them and rise from poverty like a Phoenix, and live in wealth for the rest of their days. What I am saying is there’s very few and far between that can achieve the conservative myth of rags to riches.