There’s only one thing I want for my birthday… 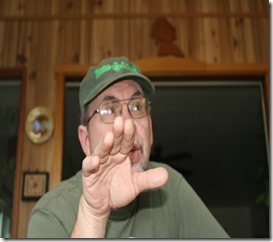 At this point in my life I let birthday’s creep by like thieves in the night. Birthday wishes come and go like butterflies in flight. They’re mandatory among family and friends.

I would just as soon get on with the day like it was any other.

Don’t let Donald Trump host Saturday Night Live tomorrow! (Are you listening SNL producers?) Please make an announcement today that someone else is going to be your host.

If there’s one presidential candidate I can’t stand it’s that big mouth! I’m embarrassed for the Republican brand right now.

On Monday, the Congressional Hispanic Caucus asked SNL and parent company NBC Universal to "disinvite" Trump to the show.

Brent Wilkes, the executive director of the League of United Latin American Citizens, wrote in an opinion article published Wednesday in the Huffington Post that allowing Trump to host the program "is nothing short of a slap in the face to the more than 50 million Latinos living in the U.S."

There’s a lot of good reasons for not having Trump on SNL, but if it turns out that he’s going to host the show, would you give me an early birthday present?