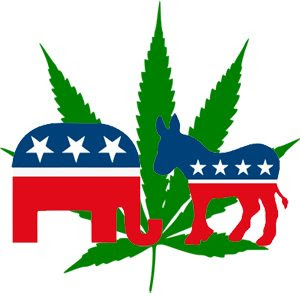 Democratic and Republican candidates running for the presidency have stated their positions on medical and recreational marijuana legalization numerous times in the past.

Now someone has put together a guide detailing what presidential candidates think about marijuana legalization – both recreational and medical.

The folks at the Marijuana Policy Project have released their Voters Guide to the 2016 Presidential Race, detailing the candidates’ positions on marijuana policy.

They even gave them grades. The two worst grades given out – to no one’s surprise - went to Chris Christie and Rick Santorum.

Christie has even gone so far to say he’d turn the clock back on all of the progress made toward legalizing marijuana.

The New Jersey governor not only opposes marijuana legalization, but has spoken out repeatedly against states that have legalized it. He opposed the New Jersey medical marijuana law, which was passed before he became governor, and has hampered its effectiveness with strict limitations he has imposed.

"[Marijuana legalization]’s not gonna come while I’m here … See if you want to live in a major city in Colorado where there’s head shops popping up on every corner and people flying into your airport just to come and get high. To me, it’s just not the quality of life we want to have here in the state of New Jersey and there’s no tax revenue that’s worth that." —International Business Times, July 25, 2014

[In response to the question,"If you were president, how would you treat states that have legalized marijuana?"] "Probably not well. Not well, but we’ll see. We’ll have to see what happens." —Huffington Post, June 20, 2014

[When asked if he would enforce federal marijuana laws in states that have legalized and regulated marijuana:] "Absolutely, I will crack down and not permit it." …States should not be permitted to sell it and profit [from legalizing marijuana]." —Huffington Post, April 14, 2015

The former US senator from Pennsylvania rejects marijuana legalization for any purpose, does not believe states have the right to set their own pot policies, and supports enforcing federal drug laws even in states that have voted to legalize it.

"The federal government does have a role in making sure that drug use—that states don’t go out and legalize drugs. That there are drugs that are hazardous to people, that do cause great harm to the individual as well as society to the whole.