Meet the Man Who Hopes to Reverse Legal Marijuana in America 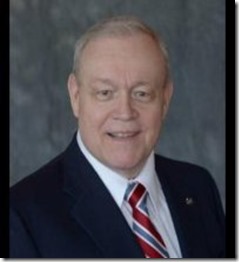 The man in this photo is trying to reverse all medical marijuana laws (23 states and DC) and legal recreational cannabis laws in Colorado, Washington, and Oregon.

His name is James Wootton, and he doesn’t give a damn about the positive aspects of marijuana. He could care less that the majority of Americans want legalized cannabis.

He could give a rat’s ass about what voters want. His personal crusade is to turn the clock back on all marijuana advancements made in the last decade. He cloaks his reason for this by claiming he’s saving America’s youth.

Forget the fact that alcohol kills more young Americans (and old) every year than pot. There’s zero pot deaths every year. That should tell the story to any reasonable person about which choice is more dangerous.

But Wootton doesn’t care. He shucks off facts like fleas on a dogs back. Here’s his online petition:

Lawsuit to Block the Legalization of Marijuana

His tact of using the U.S. Constitution to make his case is a manipulation of legalese coming from a strong conservative viewpoint.

Regardless of Wootton’s interpretation, States do have rights. Voters in those states have rights. The fact that one man is leading the campaign against pot tells you something. He’s not representing the majority of Americans.

Wootton could care less however. He’s using a federal law crafted to fight the mob to give marijuana opponents a new strategy in their battle to stop the expanding industry: racketeering lawsuits.

Wootton’s assault began by suing a Colorado pot shop and a laundry list of firms doing business with it — from its landlord and accountant to the Iowa bonding company guaranteeing its tax payments.

One by one, the defendants (afraid of massive legal fees) agreed to stop doing business with Medical Marijuana of the Rockies. That resulted in the business closing its doors. The owners had to sell off their pot at fire-sale prices.

With another lawsuit pending in southern Colorado, the cases represent a new approach to fighting marijuana. If the federal government won't stop its expansion, pot opponents say, federal racketeering lawsuits could.

Marijuana is legal under state laws. Wootton and cronies are claiming any marijuana business is organized crime under a loose definition of the RICO act.

The last time I looked, voters don’t vote for drug lords. By criminalizing all the people who can now legally use marijuana, Wootton hopes to stake a place out for himself in history.

Much like that ass Harry J. Anslinger who was responsible for making marijuana illegal in America in the first place after campaigning against it for seven years (1930-1937). The lies he spread are still told today. And they were lies.

Wootton continues in the same tradition.