No praise here for liars, regardless of stupid studies! 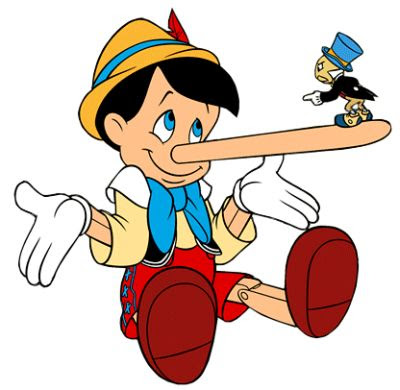 It’s unsettling to see how crazy things are in the 21st century.

The parameters of society that I grew up in during the 50’s & 60’s aren’t so clear now. What was once wrong, is now right. In some cases.

My peers and I were told a story where George Washington supposedly chopped down a cherry tree (a rebellious thing if I ever heard one), but later admitted his misdeed, saying “I can not tell a lie.”

The moral of the story was always tell the truth. Even if that story itself wasn’t true, we got the message… lying is bad.

Which leads me to stupid studies. You know the kind I’m talking about. Frivolous research projects that involve flawed methodologies and idiotic conclusions. Here’s a recent example:

University of Sheffield psychologists recently tested 135 children (hardly an empirical sampling) to see which ones were liars, and which were honest. They then came to the conclusion it was better to be a liar than to be honest.

I’m not making this up. In the study, which was published in the Journal of Experimental Child Psychology, children between ages 6 and 7 were allowed to look at answers in a trivia game. Those who checked and denied that they had later proved more skillful on a second memory test.

The conclusion was that the liars were smarter because they had to use more memory skills – a kid who lies needs to be able to keep his/her story straight. Back in my day that was called cheating.

In 2014 a Canadian-led study noted that being able to lie convincingly was a skill all children needed to grasp if they were to understand how other people think and feel.

But get this, children who were informed that lying was wrong were more likely to be truthful (go figure!). How 20th century. No praise for liars here!