Report Confirms What Most Americans Already Know: Pot is Safer Than Alcohol & a Host of Other Drugs 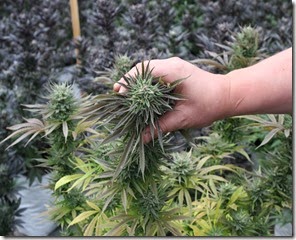 The knowledge that marijuana is less harmful than alcohol and a host of other drugs is not news in the real world.

Hasn’t been for decades.

Anyone with a lick of common sense has known that for a long time. But no one in government (DEA, etc.etc) would admit that. The “Killer Weed” image had to be maintained. After all, a lot of money was at stake at all levels of government.

The DEA – with recent backing from the Supreme Court – has managed to keep marijuana listed as a Schedule I drug, meaning it is considered to have the highest potential for abuse and be the "most dangerous" of all the drugs.”

I’ve got some news for those pot-hating folks in power:

Scientists are finally getting on board about the reality of marijuana’s safety versus any of the other nasty drugs out there.

For the first time, researchers measured the potential harm of all the drugs listed in the DEA’s list in a more quantitative way — that is, by comparing a lethal dose to how much of the substance is typically consumed socially.

Their findings showed the dangers of marijuana "may have been overestimated in the past", while the risk of alcohol has been "commonly underestimated," researchers said.

The report, published in Scientific Reports at the end of January, compared the potential of death from the typical, recreational use of 10 drugs: marijuana, alcohol, tobacco, heroin, cocaine, ecstasy, methamphetamine, diazepam, amphetamine and methadone.

Marijuana was, by far, found to be the safest, even when compared to alcohol and cigarettes.

The bottom line is everyone was surprised to see the major differences in riskiness between marijuana and the other substances.

The irony must not be lost here: alcohol and tobacco are legal although they are deadly compared to pot. The DEA just ignores that fact.

It's hypocritical for a nation to allow massive alcohol marketing and sales while banning marijuana.

It’s illogical to list marijuana as a Schedule I drug. Perhaps, after this report,the Supreme Court will revisit the issue and do the right thing; drop pot off the BAD LIST.

It’s time for the pot-haters scattered throughout our government to face reality and go with the majority of Americans when it comes to decriminalizing the plant.