A quick look at a rising Republican star (?) 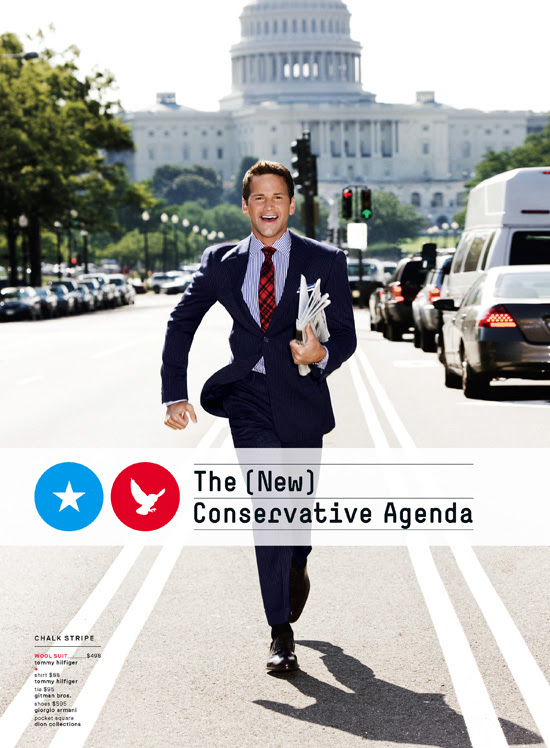 What does it take to be a rising Republican star in the 21st century?

What is the NEW Conservative Agenda?

He is the United States Representative for Illinois's 18th congressional district, and has served since 2009.

At the age of 33, Schock is the third youngest currently serving U.S. representative, after Patrick Murphy of Florida, and Elise Stefanik of New York.

Additionally, he was the first member of the U.S. Congress born in the 1980s.

ize; you have to be young to be a rising star in the Republican Party. The younger, the better. So far, so good.

Schock's high-flying lifestyle is laughed off – by GOP mages – as just another wealthy white guy living life to its fullest.

The reality – according to an Associated Press investigation – is much grimmer:

Schock is facing an ethics inquiry for spending taxpayer and campaign funds on flights aboard private planes owned by some of his key donors, and questions about expenses decorating his office after the TV show "Downton Abbey."

In addition he faces allegations of illegally soliciting donations in 2012.

The Office of Congressional Ethics said in a 2013 report that there was reason to believe Schock violated House rules by soliciting campaign contributions for a committee that backed Rep. Adam Kinzinger, R-Ill., in a 2012 primary.

The House Ethics Committee has said that query remains open.

The AP's review covered Schock's travel and entertainment expenses in his taxpayer-funded House account, in his campaign committee and the GOP Generation Y Fund. Records show more than $1.5 million in contributions to the Generation Y Fund since he took office in 2009.

To toss some salt on the wound Schock also requested more than $18,000 in mileage reimbursements since 2013, among the highest in Congress. (AP)

To become a rising Republican star, like Schock, all you have to do is be young, untroubled by ethics accusations, and have a lot of wealthy supporters. Anything in addition to that is considered frosting on the candidate!