Reflections on a One-Way Trip to Mars 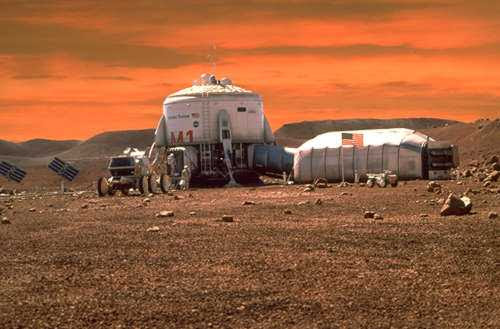 Remember the old TV comedy show The Honeymooners? (Circa 1955-56)

The main character on the show, Ralph Kramden (Jackie Gleason), was always threatening to send his wife Alice to the moon – on what we must assume was a one-way trip!

Nearly seven decades later, 100 men and women are competing to go on a one-way trip to Mars. The Dutch-based Mars One venture project plans to put on a reality-TV competition to select 24 prospective crew members for missions to Mars, starting as early as 2024.

The winners will be expected to start up a permanent colony on the Red Planet. Call me silly, but that sounds like permanent banishment on a bleak planet that doesn’t even have water or breathable air.

Still, thousands signed up for Mars One consideration in 2013, and the 100 competitors (full list here) were chosen after going through interviews with chief medical officer Norbert Kraft.

I applaud anyone with that much desire to become a pioneer – regardless of where - if it’s unexplored and dangerous.

I should probably add that most scientists think the venture will not work out. The consensus being the science won’t be there by 2024.