Have you ever been caught making unseemly comments?

You know the kind I mean. Where you wished you could take it back, but it was too late?

Politicians are easy targets because their gaffes can be revealing at times, giving you a glimpse of who they really are. And, of course, they don’t want to do that.

Journalists everywhere delight in repeating these uncensored comments. Here’s six of my favorite examples for your consideration:

exaggeration to say the undecideds could go one way or the other." (1988 - during a campaign rally)

"I'm all for Lawrence Welk. Lawrence Welk is a wonderful man. He used to be, or was, or, wherever he is now, bless him." (1989 - not sure if musician Welk was alive or dead)

"High-tech is potent, precise, and in the end, unbeatable. The truth is, it reminds a lot of people of the way I pitch horseshoes. Would you believe some of the people? Would you believe our dog? Look, I want to give the high-five symbol to high-tech." (1989)

"When I need a little advice about Saddam Hussein, I turn to country music." (1991)

"...I mean a child that doesn't have a parent to read to that child or that doesn't see that when the child is hurting to have a parent and help out or neither parent there enough to pick up the kid and dust him off and send him back into the game at school or whatever, that kid has a disadvantage." (1992 - on child rearing) 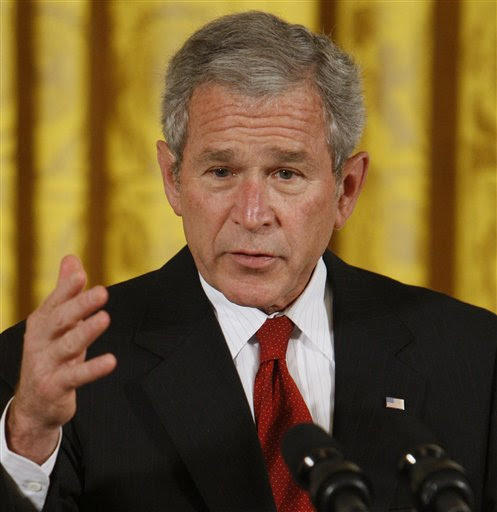 "There's Adam Clymer, major-league asshole from The New York Times." (September 4, 2000 - commented near an open microphone while campaigning for the presidency in Illinois)

"I just won't get into a pissing contest with that skunk." (1953 - referring to Sen. Joseph McCarthy)

"There are only so many lies you can take, and now there has been one too many. Nixon should get his ass out of the White House today." (1974 - after more revelations implicating Nixon in Watergate)

"Better to have him inside the tent pissing out, then outside pissing in." (regarding FBI Director J. Edgar Hoover)

"So dumb he can't fart and chew gum at the same time." (regarding Gerald Ford)

"I want loyalty. I want him to kiss my ass in Macy's window at high noon and tell me it smells like roses. I want his pecker in my pocket." (on the qualities of a presidential assistant) 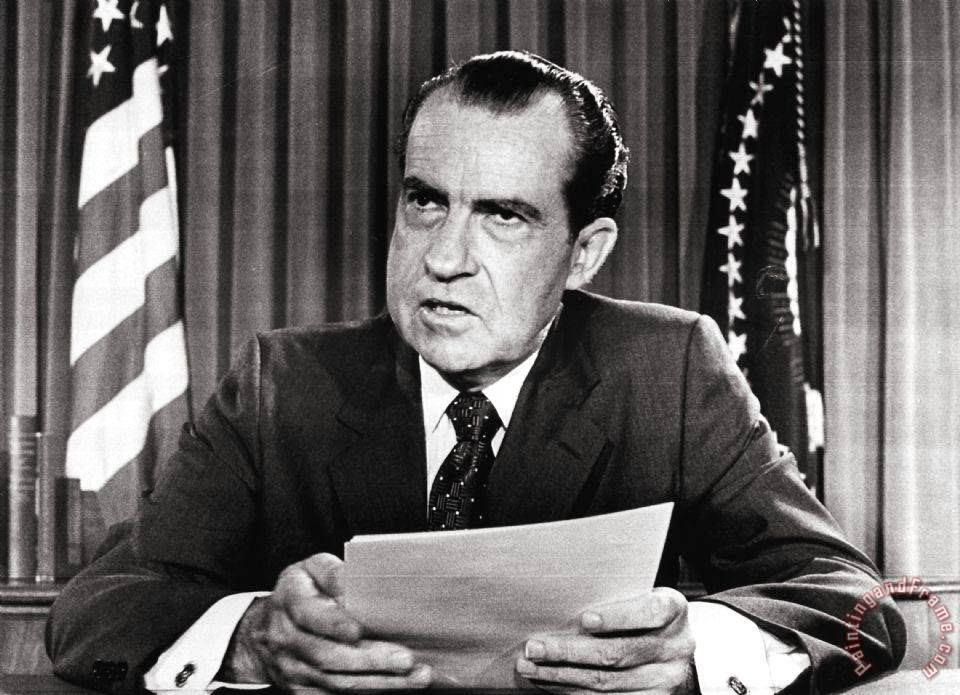 "If you can't lie, you'll never go anywhere." (confided to a close friend)

"As I leave you I want you to know--just think how much you're going to be losing--you won't have Nixon to kick around anymore, because, gentlemen, this is my last press conference." (1962 - to the press after losing the California election for governor)

"Let me make one thing perfectly clear. I wouldn't want to wake up next to a lady pipefitter." (1971 - quoted in Ms. magazine)

"I don't give a shit what happens. I want you all to stonewall--plead the Fifth Amendment, cover-up, or anything else. If that will save it, save the plan." (1973 - to his subordinates in the White House during Watergate)

"People have got to know whether or not their President is a crook. Well, I'm not a crook." (1973 - to the press during Watergate)

"Well, I screwed up real good, didn't I?" (1974 - to Al Haig just before writing his resignation speech)

"When the president does it, that means it is not illegal. But I brought myself down. I gave them a sword and they stuck it in and twisted it with relish. And I guess that if I had been in their position, I'd have done the same thing."(1977)

"If I could find a way to get him out of there, even putting a contract out on him, if the CIA did that sort of thing, assuming it ever did, I would be for it." (1991 - to President Bush regarding Saddam Hussein) (Source)