Did you know that Apollo 13 was a nuclear catastrophe waiting to happen? 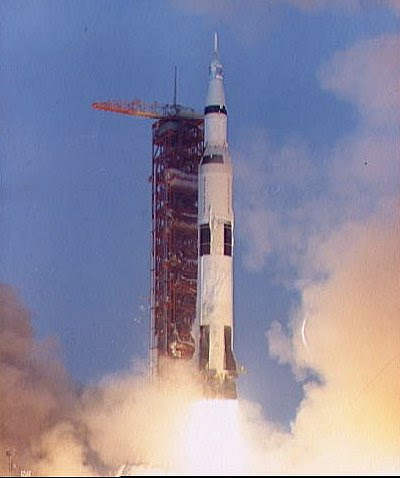 As is the case with most history, the public doesn’t always get the full story.

There’s numerous examples of this. Today, I’m sharing one of those stories that I’m betting you never heard about!

The drama surrounding the ill fated Apollo 13 mission was an ideal subject for a series of books and movies.

But the most disturbing aspect of the near disaster has mostly been neglected.

Apollo 13 was a nuclear catastrophe waiting to happen, as aboard the Lunar Excursion Module (LEM) was a plutonium power cell.

Called 'Systems for Nuclear Auxiliary Power' (SNAP-27) it contained 3.8 kilograms of plutonium, which is so toxic that less than a millionth of a gram can cause Designed to be left behind on the moon, the crippled Apollo 13 was forced to carry it back to Earth. Not only were the three astronauts in danger but millions on the ground unwittingly lived under threat from the toxic space junk.

When the paralyzed Apollo 13 re-entered Earth's orbit, the astronauts transferred back to the command module, and the LEM with its nuclear payload was jettisoned.

It re-entered the atmosphere somewhere over New Zealand and although the LEM burned up, SNAP-27 survived re-entry and plunged intact into the Pacific Ocean off Tonga, where according to NASA it is "isolated from man's environment."

SNAP-27's radioactivity will last 2000+ years and its watery grave comprises some of the world's prime fishing grounds.

NASA successfully concealed the crisis from the world at the time, and continues to power some spacecraft with plutonium, recently launching the Cassini probe with a 33 kilo plutonium cell. (Source)