Get your dog a canine camera for the holidays 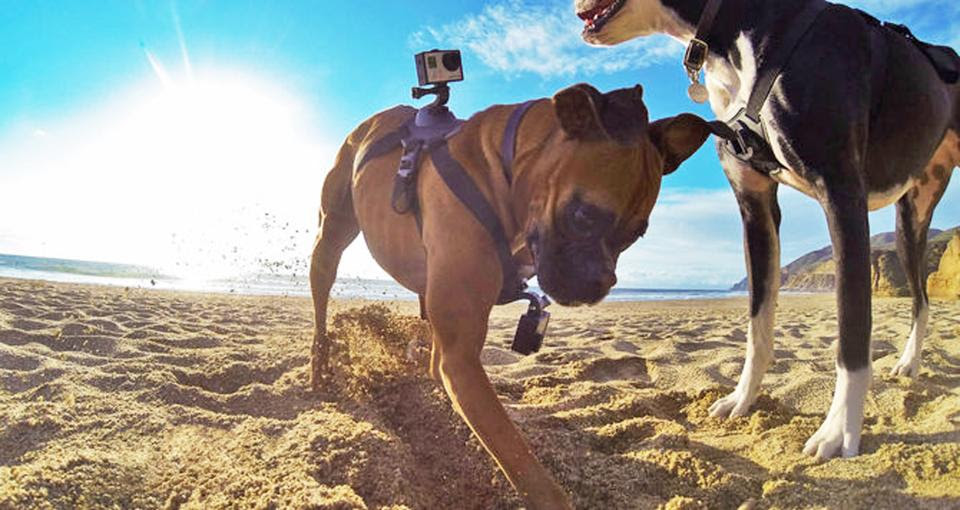 In this undated photo provided by GoPro, a dog wearing two GoPro cameras, one on his back and one on his chest, held on by what is known as a Fetch dog harness, dig into sand at an unknown location -AP Photo/GoPro)

Fido finds stuff on the beach as camera rolls and a friend looks on.

The holidays are upon us, and it’s time to pamper your pet in oh so many ways. One unique – and sure to be popular – item for #CanineCompanions is the new GoPro cameras for dogs to wear.

The Fetch dog harness fits over Fido's chest or back and holds the small, waterproof camera known for attaching to helmets, surfboards, cars and wrists to film rugged adventures. Sony, Garmin and Kurgo also make camera mounts for dogs.

The most pet-friendly camera in the GoPro Inc. line is the Hero4, which allows people to decide what the dog records and control all the functions with a touch screen, company spokeswoman Kelly Baker said. The camera sells for $399, and the mount costs $59.

Those looking for pet gifts besides the traditional treats, new bowls and beds can give something unexpected such as:

UGLY SWEATERS - They are the rage this year, so PetSmart Inc. will hawk ugly sweaters for cats and dogs from Bret Michaels' Pets Rock line ($15.99)

"STAR WARS" GEAR - Dogs will "use the force" with Petco's line of "Star Wars" toys and clothing. Dress up dogs like Princess Leia with a headband sporting her signature bun hairstyle. The Death Star won't menace when it comes as a treat dispenser ($7.49) or tug-of-war toy ($5.99).

DEVICES FOR OLDER DOGS - Make it easier for your senior dog to get around safely with equipment from Solvit Pet Products (www.solvitproducts.com ).

GOURMET FARE - After romping in the snow, pets can warm up with San Diego-based Honest Kitchen's Winter Warmers Broths. Just add hot water to the dehydrated mixes in chicken consomme, beef and bone, and turkey stock flavors. The company, which focuses on natural food good enough for people's palates, offers the $19.99 three-box sets for a limited time.