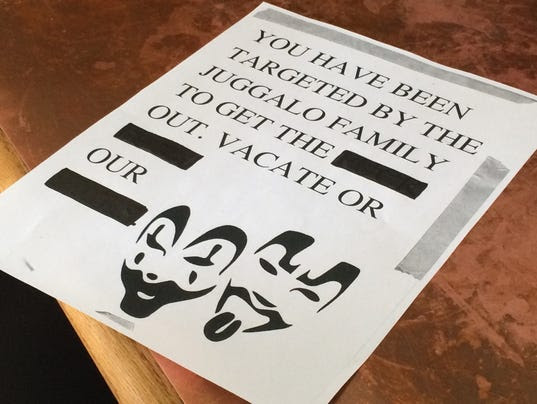 What the heck is a Juggalo, you ask?

In a July FBI report Juggalos were classified as a "loosely organized hybrid gang."

The report said those who identify as Juggalos have committed assaults and vandalism, and a "small number" of them have engaged in more serious crimes.

In the past two weeks, about a dozen businesses in North Portland have received the same threatening note — featuring the black-and-white mask of the Juggalo fans — telling them to leave the neighborhood. 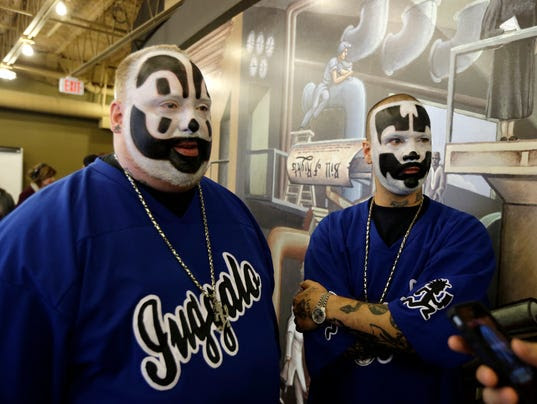 ers taped to their front windows, reading, "You have been targeted by the Juggalo Family to get...out."

Juggalos are followers of hardcore hip-hop groups such as the Insane Clown Posse, a duo popular in the 1990s that raps about horror scenarios and other violence.

Juggalos insist worshiping the band is simply a lifestyle, but the federal government has labeled them a criminal gang.

Last year, two Corvallis men affiliated with the group made national headlines when they were arrested for beating up strangers.