How I survived flying with 2 cats, a missed connection, and the worlds worst upset stomach! 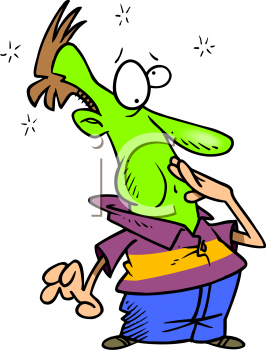 Vacations. Don’t you love the memories they leave behind like snapshots in a photo album?

I’ve created some new vacation memories recently, but I’m going to leave a few photos out of my new album. Like ones of me puking on the plane trip home. But, I’m getting ahead of myself on this story.

Let’s start at the beginning.

My wife of 40 years (the length of our marriage is important in understanding how I survived my ordeal/trip home) and I adopted two of my father’s cats. His collection of six cats had to be thinned out because at 87 years-old that many cats are too much of a challenge.

When my mother died, my father started rescuing cats. He’s had quit a few since, some of which he did find homes for.

After a great visit with him, my wife and I brought two of his feline friends home. It meant having them fly on the plane with us. Not in cargo space. With us on the plane, on the floor between our feet.

Have you ever flown with animals? Cats in particular? I can tell you from experience they don’t enjoy flying. We flew in two airplanes to reach our destination – home. We didn’t sedate the cats on the first flight.

Mistake. It was like riding with lost souls screaming then growling in guttural tones that made your blood crawl! Our fellow passengers probably entertained thoughts of throwing us, and our cats, overboard!

We sedated them for the second plane ride. But there was another problem.

We missed our connection and had to spend nine hours in a very cold Seattle Airport until the next available flight to Medford, Oregon at 6:45 a.m. the next day.

Have you ever slept on connecting chairs? It’s impossible. I even tried the floor, but my sixty-four year-old body rebelled. Then I got sick after having a ten-dollar beer and a ten-dollar Whopper.

I have a bad stomach when it comes to flying anyway, and PTSD. Now you’re beginning to get the picture. It was ugly. My soul mate was up to the task however. Somehow she got me and the cats on the last plane.

We were in the rear seats. The poor guy in front of me, and the woman to the left, had to endure 45 minutes of my retching into a plastic bag. (Note: those bags smell so bad they alone can make you heave.)

We finally made it home. For now, we’re not introducing the cats to our pug, Molly. They’ve been traumatized enough. That meeting will come in good time when everyone (me included) is feeling better.