What is Congress taking a break from? The clowns hardly worked! 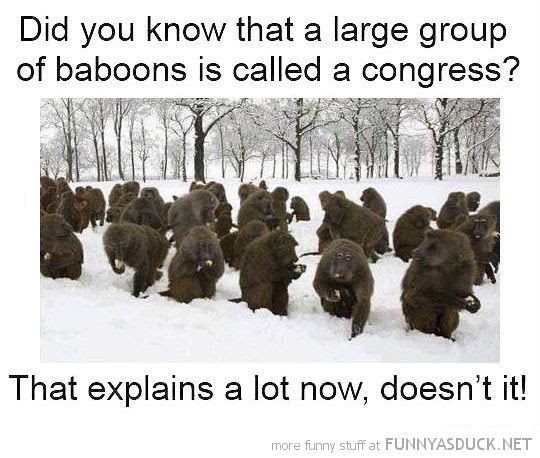 The 113th Congress is shaping up to be the worst bunch of partisan clowns the American public has ever elected.

This Congress has done even less work in the pre-election doldrums than it did in the last two election cycles.

So far this year…wait for it… Congress has passed just 163 bills into law!

I should point out out that the 112th Congress had the dishonor of being the worst until now. The 113th is making history by being even worse. How special.

HOW BAD WERE OUR LAWMAKERS THIS YEAR?

The U.S. House has been in session for roll call votes a total of 92 days in 2014 – or 35% of the year up until now. They had "pro forma" sessions – where they blow off hot air and don’t tackle any legislative business - for an additional 25 days.

The Senate’s been working slightly less, holding roll call votes on just 87 days this year, with an additional 30 days of "pro forma' sessions, when most lawmakers aren't in Washington.

HOW DOES THAT COMPARE TO A 40 HOUR WORK WEEK MOST PEOPLE HAVE?

Those Americans working a typical 5-day work week, with public holidays, would have been clocking in for a total of somewhere around 181 days during that time. How about that?

WHY THE BREAK NOW? 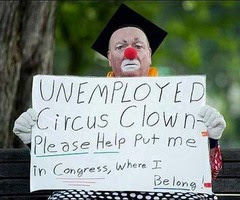 Because our elected clowns in Congress always takes a hefty break from legislating to go about campaigning at this time of year. It’s a ritual.

They’re more interested in staying in office than passing any meaningful legislation.

Members up for re-election take this time to court their constituents. Talk about a scam. Our inept lawmakers need nearly two months off every year so they can take measures to stay in office forever!

You’ll probably hardly even notice when they come slinking back on November 12th.

They’ll argue for a couple of weeks then it’s the holidays! Is it any wonder why most Americans today think Congress is full of pathetic self-serving weasels?