The Court of Public Opinion is a Harsh Taskmaster

Where does it end?

Minnesota Vikings running back Adrian Peterson is accused of injuring his 4-year-old son by spanking him with a wooden switch.

He has taken responsibility for the incident, insisting he meant no harm to the child.

But that doesn’t matter in the court of public opinion. Right or wrong, many parents spank their children – even in this day and age – when they think they deserve it.

at would look like? For starters every one of them would lose their job – if they were even accused. A trial isn’t necessary for some folks.

The court of public opinion is a harsh taskmaster with little understanding for individual cases. Did Peterson mean to scar his son? I doubt it. He made a mistake. It isn’t like he’s a monster beyond redemption.

Now, he’s losing his career and endorsements -  Nike Suspends Contract With Vikings' Adrian Peterson. All the good work he’s ever done is forgotten.

All of the years he worked so hard to be a running-back in the NFL are washed away in the torrent of hate-speak spewing from social media and the mainstream media.

It’s like watching a feeding frenzy. A dozen other NFL players are on the radar for similar domestic abuse accusations. Should every one of them lose their jobs? Why stop there? Lets take every sport – baseball, basketball, soccer

, hockey, etc., and set the same standard as the NFL is suddenly adhering to:

Get accused – right or wrong – of domestic abuse/child beating – and those athlete’s careers are toast. One time. No re-winds.

It doesn’t matter if they just made a mistake and lost their temper once. That’s all it takes in today’s atmosphere of political correctness gone berserk.

Let me be clear; I’m not condoning domestic abuse/child beating. It’s a very real problem suffered by families across America. Violence at home is wrong. Period.

All I’m saying is each case should be judged upon it’s merits. If someone is a good father, but makes the mistake of over-disciplining his child once, he shouldn’t become a societal outcast. 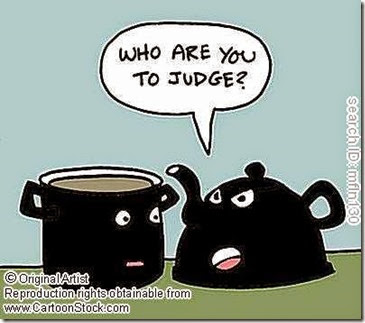 If he’s a SOB that’s repeatedly hurt his children, then I can see severely penalizing the person.

The Adrian Peterson case is rebooting national debate on the bounds of child discipline, with recrimination coming fast and fierce from the NFL, sponsors and the legal system.

But it's also raising an unsettling question: If physical punishment from a parent is so damaging, why do so many who are disciplined that way grow up to endorse it?

Many adults echo the sentiments of Peterson, who said he disciplined his child the way he was — and it worked on him. "I have always believed that the way my parents disciplined me has a great deal to do with the success I have enjoyed as a man," Peterson said in a statement about his indictment.

Let me ask you:

Do you know Adrian Peterson? Do you know what kind of man he is? Or, are you reading and listening to sound bytes vilifying him without explanation?

The same question goes for the other NFL players accused of domestic abuse.

Simply put, it’s easy to be judge and jury in the court of public opinion. But is it really fair?