50 countries where it’s not safe to be a Christian

Did you know that you can be murdered for your beliefs in certain parts of the world?

Are you aware that Christians are being persecuted daily?

A Pakistani police officer shot two men in jail on Thursday, killing one accused of blasphemy and wounding another condemned to death on the same charge.

Zafar Bhatti, who worked to protect the human rights of the country's beleaguered Christian minority, was on trial after an Islamic leader accuse 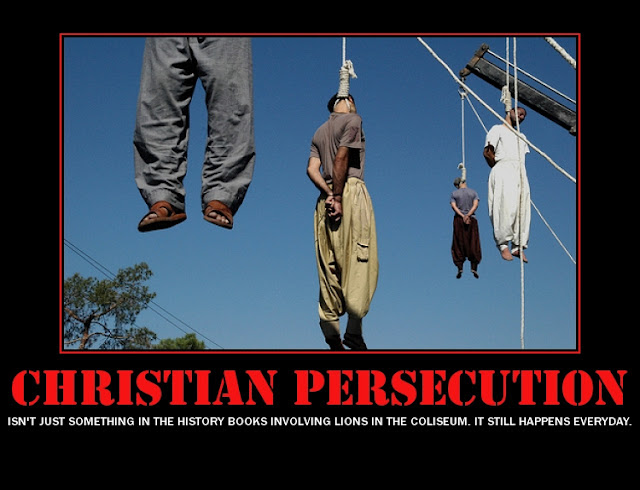 d him in 2012 of sending text messages derogatory to the Prophet Mohammed's mother.

Family members say police investigations show the phone was registered to someone else.

Blasphemy is punishable by death in Muslim-majority Pakistan.

Blasphemy charges are hard to fight because the law does not define what is blasphemous. Presenting the evidence can sometimes itself be considered a fresh infringement.

According to the National Minority Alliance (NMA), Christians form under three percent of Pak

istan’s estimated 180 million people. But the community is spread all over the country, making it almost impossible for Christians to elect representatives who share their religion because they lack the numbers in a free-for-all poll.

Here’s a list of 50 countries that persecute Christians and marginalize them in their societies.

I’m glad that I live in a country where you can worship whatever religion you want openly without fear of persecution. The only exception to this is the current atmosphere against Muslims in the USA.

Many Americans tend to lump all Muslims together as extreme terrorists since 911. Despite that, Muslims aren’t being hunted down for believing in Allah or saying something derogatory about Jesus Christ.