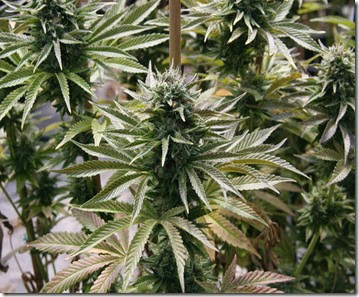 I’ve been using medical marijuana for years to deal with my chronic back pain – a result of spine stabilization surgery.

My doctor prescribed Percocet for up to a year after my surgery. I had nothing but trouble taking that pain-killer. My stomach and bowels were constantly in an uproar.

Then I quit taking it. I switched to marijuana, which still does the job today, years after my surgery.

Needless to say, I became an advocate for pot for pain. There are no after affects. I’ve heard so many lies about the use of medical marijuana that I could write a book chronicling them. The good news is more research on the subject has been released. See study below.

It’ll take time, Big Pharma will fight every inch of the way, but the day is rapidly coming when people throughout America will be able to use pot for pain – and other uses.

Check out the following article:

Opioids for chronic pain, like OxyContin, Percocet and Vicodin, are meant to suppress pain.

Recent data shows that not only are prescriptions for these drugs up, but rates of overdose and death are increasing as well.

New research published Monday in the journalJAMA Internal Medicine shows that states with medical marijuana laws have rates of anticipated opioid-related deaths 25% lower than states that don’t allow it.

The researchers say more research is needed to understand why people choose medical marijuana and whether people at risk for opioid abuse would consider it as an alternative. There’s also the issue of presenting a split medical community with the risks and benefits of prescribing someone marijuana.” (Read more here)