Stop 1033 Program: Guess who is profiting from military gear sent to civilian police? 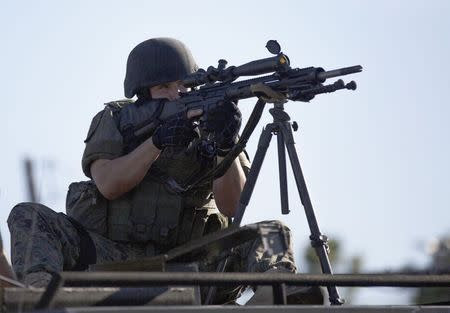 It’s getting harder to tell civilian police apart from members of our military. The fact that both are dressing alike more often contributes to that general impression.

Images of police wielding military-style guns and armor have shocked many Americans following clashes that were triggered by the fatal shooting of a black teenager, Michael Brown, by a white police officer in Ferguson two weeks ago.

Visions of jack-booted Nazis-types goose-stepping down the road are dancing in people’s imaginations as more events like Ferguson happen.

Even our normally clashing lawmakers

have voiced concern about the militarization of U.S. police forces through programs administered by the Pentagon, Justice Department and Department of Homeland Security.

The 1033 program was begun in 1991 to help police forces in the "War on Drugs," and was revamped in 1997 to include counterterrorism activities. After 911, the program got a massive lift.

Senate Armed Services Committee Chairman Carl Levin, a Michigan Democrat, said last week he planned a review to ensure that the Pentagon's 1033 program, which transfers surplus equipment to local and state authorities, was working as intended before the full Senate considers the annual bill that authorizes military spending.

Not a bad idea. I just wonder how it’s going to be received. The program also does not mandate training for crowd control or other uses.

What else is contributing to the militarization of our civilian police forces?

Try the U.S. weapons makers. They’ve been eyeing what they call "adjacent" markets for years, keen to drum up fresh demand for products initially developed for the military, and recently, to offset declines in U.S. and European over the past year alone, according to the Pentagon.

The Pentagon transferred some 600 armored military trucks known as MRA 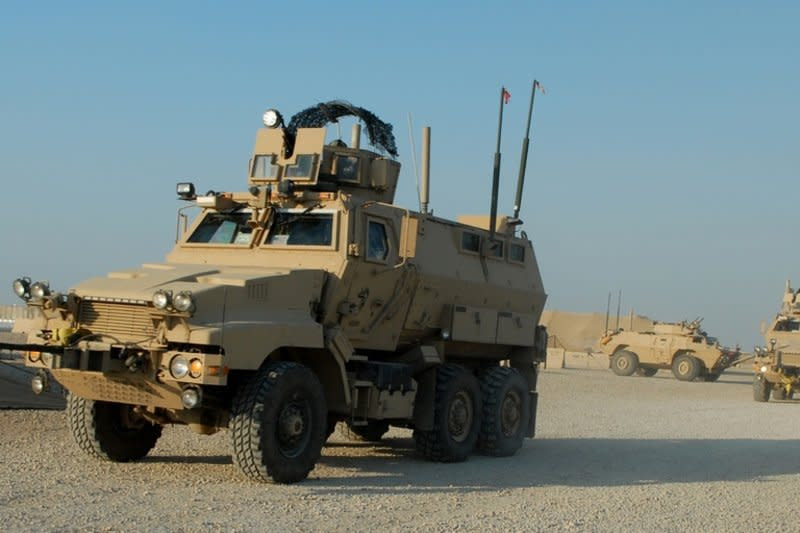 PS that were built for the war in Iraq.military spending.

By now, you’ve probably seen them where you live, or on TV. They’re scary-looking vehicles intended for full-out war (Photo right).

How much has the Pentagon transferred to local and state agencies since 2006? Hold on to your hat; more than $4 billion of equipment including armored vehicles, tents, rifles and night-vision goggles has been spent.

The 1033 program needs to be stopped. Flat out. It’s about profit, not saving lives.

Americans are looking at the specter of militarized civilian cops with increasing alarm. And for good reason. Civilian protestors no longer “see” cops – they see men hidden under combat gear, their faces barely visible under Nazi-looking helmets and face-shields.

If you agree with me, please write your congressman and tell him to do away with this divisive and un-needed 1033 program.

There is a fragile balance in what equipment is necessary in this new world, and especially in the how and why officers are (are not)equipped and then trained (or not).

Having been on the receiving end of many quart-sized bottles of who knows what liquid, equipment (or the lack thereof) becomes a crucial aspect of safely completing one's duty.

Unless of course, we begin to witness officers dressed as Nazi storm troopers for the simplest exercise of the 1st amendment (this could never happen in America - I state tongue-in-cheek), the proper equipping of officers to quickly and effectively quell lawless rioting and pillaging becomes essential for the safety of the community.

However, as the federal government continues to mold (standardize and control) police agencies across America, the potential for a police state will be realized, and then the so-called militarization will become prevalent across our land.

And that discussion goes beyond this article/blog and begs addressing as well.