I hear a lot of talk about domestic terrorists but seldom see street gangs included in the conversation. Why is that?

According to a memo produced by the FBI's Terrorist Research and Analytical Center in 1994, domestic terrorism was defined as "the unlawful use of force or violence, committed by a group(s) of two or more individuals, against persons or property to intimidate or coerce a government, the civilian population, or any segment thereof, in furtherance of political or social objectives."

Under current United States law, set forth in the USA PATRIOT Act, acts of domestic terrorism are those which:

"(A) involve acts dangerous to human life that are a violation of the criminal laws of the United States or of any State; (B) appear to be intended— (i) to intimidate or coerce a civilian population; (ii) to influence the policy of a government by intimidation or coercion; or to affect the conduct of a government by mass destruction, assassination, or kidnapping; and (C) occur primarily within the territorial jurisdiction of the United States."

Some 33,000 violent street gangs, motorcycle gangs, and prison gangs with about 1.4 million members are criminally active in the U.S. today.

Many are sophisticated and well organized; all use violence to control neighborhoods and boost their illegal money-making activities, which include robbery, drug and gun trafficking, fraud, extortion, and prostitution rings.

According to the 2011 National Gang Threat Assessment report, gangs are responsible for an average of 48 percent of violent crime in most jurisdictions, and up to 90 percent in others. source/FBI

If you compare the definition of terrorists (and terrorist acts) set down by the Patriot Act and the crimes committed by street gangs, you’ll see very little difference.

Which leads me to ask, which group is responsible for the most violent acts throughout the year? Those who Homeland Security call domestic terrorists, or street gangs? The answer is obvious. The street gangs. 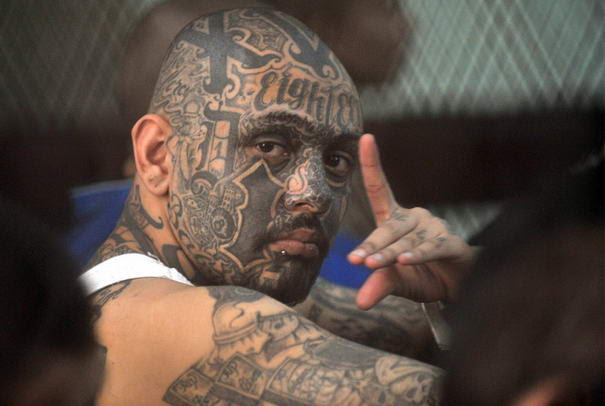 GANGS ARE RESPONSIBLE FOR CHILDREN ILLEGALLY COMING TO AMERICA

El Salvador’s capital — and indeed nearly the entire country — is a checkerboard in which gang territories circumscribe the movement of those in the lower economic rungs of society, and especially young men.

The chaos also provides an incentive for Salvadorans to try to flee north for the safety of the United States. Experts trying to explain the huge increase in children and teens who’ve arrived in the United States say anecdotal evidence points at least in part to the hold that criminal gangs have in El Salvador, Honduras and Guatemala. 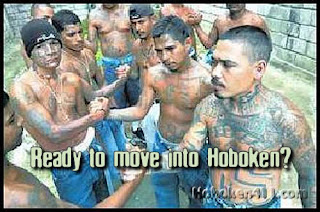 The gangs began among El Salvadoran refugees — many of them young ex-soldiers — who came to Los Angeles to escape civil war in their home country in the 1980s. Salvadorans congregated in large numbers in L.A.’s Pico-Union neighborhood and the area near MacArthur Park.

For young people, that war — which wracked El Salvador from 1980 to 1992 and left at least 75,000 civilians dead — is ancient history. But by the time peace accords were signed, the gangs were on the rise, formed by gang members who had been deported from Los Angeles.

“Those kids 18 and 20 years old who joined the gangs have now grown up,” said Ilopango Mayor Salvador Ruano. “We’ve now had at least three generations of gang members.” (source)

It’s bad enough that we have over one million gangbangers in the USA terrorizing neighborhoods from coast to coast, but the gangs are taking over other counties now. Where will it stop?

Where All the Madness Began: A Look at Gang History

It’s apparent local authorities are losing the battle against gangs in practically every city in the country.

Until gangs are classified as “domestic terrorists” and the Department of Homeland Security can help fight them, it’s only going to get worse. All out war on gangs needs to happen if we don’t want our entire social structure to collapse amid the chaos they bring.

Gangs are the biggest threat to the general publics safety in the USA today. When are we going to realize that?