This time in Oregon.

It’s becoming so commonplace people are shell-shocked. No other civilized nation on the earth has more school shootings than America. It’s our shame.

Meanwhile, all across America, the nation's gun lobbyists, their politicians and all those huddled around the national altar of the firearm vow that they will not allow any of America's meddling children to distract them from what is truly important.

You know what that is don’t you? Making sure there’s no way to restrict the use of firearms. Semi-automatic rifles and guns for all. Children be damned.

A year and a half ago, 20 elementary school children and six adults were executed by a gunman in in their Newtown, Connecticut, classrooms. In that 18-month span, there has been roughly one shooting in an American school every school week.

In the wake of the Sandy Hook murders, more gun laws have been loosened than have been tightened. This is almost entirely due to the notion that possible public "overreach" in protecting our schools from weekly shooters will infringe upon what a certain collection of people call "gun rights," meaning the rights held by guns and their chosen owners.

If you follow the news closely you’ve heard many politicians assert that one school shooting per week of school is a considerably better outcome than taking any action to prevent those shootings. No really. That’s what some nuts believe.

Here’s the thing, social-science researchers have developed a clear sense of how school-shooting plots develop, and how they can be disrupted. The wild card is how easily a teenage shooter obtains a gun.

Katherine Newman, co-author of Rampage: The Social Roots of School Shootings and the James B. Knapp dean of the Zanvyl Krieger School of Arts and Sciences at Johns Hopkins, said it’s important to understand that different types of shootings follow different types of patterns.

School shooters as troubled lone wolves is a misconception according to Newman.

“Their daily experience is not one of being alone, but of being enmeshed in social friction,” Newman said. “They experience rejection all the time, but that doesn’t stop them from trying to join groups. They just fail, all the time."

The fact that shooters tend to talk about their plans provides an important opportunity to disrupt plots before they are carried out.

“Rampage-shootings happen in two kinds of places: a small town in the middle of nowhere, or an exurb,” she said. “But not in big cities.” That’s because “sadly, school is not much of a stage in urban America.” 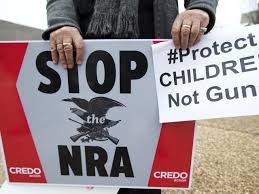 I would like to add that these school shooters generally have mental problems, but not all of them. The Santa Barbara college shooter was enraged that girls didn’t like him. He had no trouble buying three pistols prior to the shooting. Easy access. Too easy.

If we’re going to look at the full picture regarding school shootings then the subject of guns has to be addressed.

The firearm and munitions industries don’t want their sales to slow down. That’s why their hired gun – the NRA – has so much clout and is able to bully cowardly senators in Congress.

Until that changes expect more of the same. Schools will be under assault regularly. Parents will mourn their children who went to school and never came home.

And the NRA will continue to protect the gun cult in America.