Believe it or not: ‘Bushies’ are back in town calling for another shot in Iraq 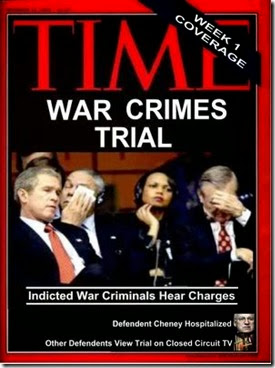 The BUSHIES are back in town, ready to go another round in Iraq.

Thanks to the people who created the myth of weapons of mass destruction in Iraq, we’re looking at a renewed American combat role in the country we finally pulled out of.

Over 4,000 troops were killed and billions of dollars later and we’re talking war again. It defies common sense.

A third invasion of Iraq to protect our interests (?) and a renewed occupation isn’t what most Americans want to see.

But ex-President George W. Bush’s national security team who served as architects of the 2003 invasion are crawling back into the limelight lately anyway.

Back for another shot is Dick Cheney, Paul Wolfowitz, and Paul Bremer, the Bush administration's envoy to Iraq. They’re all spouting off about the urgent need to return to Iraq.

With Team Bush's return to the spotlight on Iraq, Democrats are responding with incredulity. Why, they ask, are the people who launched the bogus war in Iraq in the first place back on the attack? Talk about gall. Team Bush was responsible for one of the biggest foreign policy blunders in our history.

What about history? It’s there in black and white. We’re still missing billions of dollars that were supposed to help Iraq’s infrastructure, but never made it to the proper authorities. We spent billions supporting the country while setting back our own economy to the point we went into a recession. All facts.

Dick Cheney and his daughter Liz Cheney, penned a Wall Street Journal op-ed, arguing: "Rarely has a U.S. president been so wrong about so much at the expense of so many."

The irony is too much. Rarely has a president done more harm to his country than the last Bush in the Oval Office. And now his minions are back, infecting politics and trying to get another shot at Iraq.

It’s like they live in a parallel universe, crossing over into ours at key times to spread their gospel of war.

I trust the majority of Americans have long enough memories to recall the futility of military intervention in Iraq. I’ve said it before, and will continue to: there’s no way a country from the West is going to solve ancient rivalries between the Shiite and Sunni Muslims.

To think otherwise is to deny reality.