Why I’m nice to people who serve me food

Why isn’t there a national holiday for food servers?

If there is please don’t share it with me and ruin this column!

There should be. They don’t get paid anywhere near what politicians and others do for serving the public. Yet, what would we do without them? Stand in a line at restaurants and place our order with an overworked cook?

Waiters and waitresses lead challenging lives. Anyone who has ever tried serving food knows this to be true. No surveys need to be taken. There are a lot of mean jerks out there! Some folks feel so entitled they treat the waiter/waitress like donkey dung. They criticize their server’s every move and do petty things like sending steaks back because they “don‘t look right.”

This is not a wis 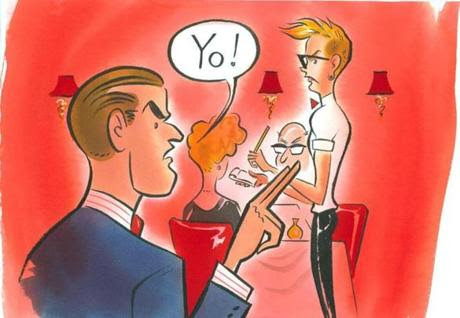 e thing to do. You can only humiliate and antagonize someone for so long before expecting retaliation. Think about what they can do to that steak with vicious delight? It’s not a pretty picture.

I’d like to think most people have enough sense not to mess with waiters and waitresses. After all, they handle your food. This somewhat intimate exchange comes with expectations that your food hasn’t been tampered with, and your server’s wash their hands after going to the bathroom.

It’s a two-way street. Be nice to them, and they’ll be nice to you. So why would anyone risk revenge? I’d write a book if I had the answer, but the short story is there are an incredible number of rude people in this world who do not think before engaging their mouths. It’s true, and I’m sure you have seen plenty of examples. 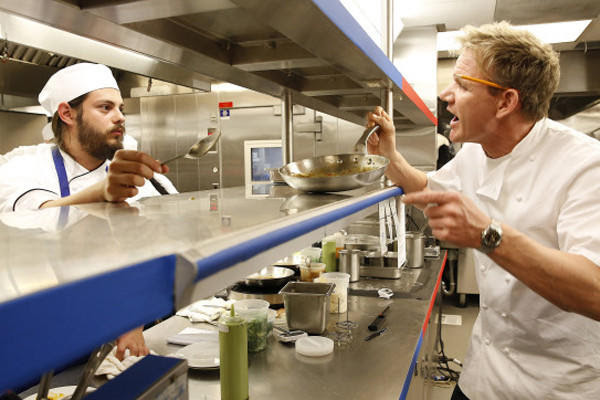 In making my argument for a national holiday, I would like to include various types of food servers, such as those in fast food restaurants staffed with pimpled teenagers and seniors who are unable to retire. They get treated to drive-by rude encounters in addition to counter customers complaining there wasn’t enough salt in the French fries.

Perhaps you’ve seen a movie about how fast food servers strike back at the public for perceived mistreatment. Maybe you’ve read a story or two about “luggie burgers” and much worse. That happens and a lot more. I’ve heard of hamburgers batted around on the floor like a hockey pucks and then served to unwitting customers.

I’ve seen firsthand what can happen to food if you torment your waiter or waitress. You should also be aware they have many devious ways of getting back at you if you treat them badly. It isn’t always your food they mess with, sometimes it’s your head. 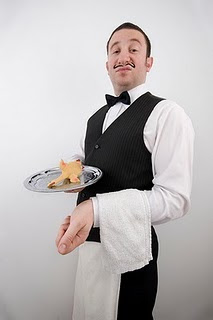 Here’s one first hand example: my wife and I were treated to dinner by an old high school buddy, Larry, at an Italian restaurant in downtown Eureka a number of years ago. Larry, was messing with the waiter. He had fun bugging the waiter who tried to smile, but obviously had a hard time maintaining his grin.

I sensed something was up when Larry handed him his credit card to pay the bill. The waiter came back smiling and said it was no good!

You should have seen Larry. He sent that waiter back twice with the same results and  grew more mortified each moment. I finally stepped in and paid the bill. After we left, Larry practically frothed at the mouth (luckily I was driving) and asked me to pull over to a local bank with ATMs out front.

He stormed over to the ATM and for a tense moment it looked like his card wouldn’t work again, but then it started spitting money out. He slowly walked back to the car, coming to the painful  conclusion the waiter had messed with him big time. His embarrassment was complete.

The moral of the story is simple; don’t screw with someone serving your food. They have many ways to return the favor.

Personally, I have nothing but respect (even if it is born from the abject fear of my food being tampered with) for waiters and fast food servers. I always smile and say “Thank you,” even if I get the wrong order! I always leave tips.

Food servers are not paid enough for what they have to endure. I was once almost a food server while in high school.

I worked at an all-you-can eat smorgasbord after school, busing tables. I recall the psycho cook doing unspeakable thing to the salads and gravies. Needless to say I never ate anything there.

After a while, I couldn’t stand it any longer and moved on to another menial job that didn’t involve working with the public.

What’s that? How about rude food servers?

Not right now my friend, that’s the stuff of another column. Right now we need to show our appreciate for waiters, waitresses, and fast food servers somehow. If not a national holiday, then how about how we treat them well every day of the year?