Why Is it So Much Fun to Be Afraid?

I’m fascinated by predators like lions, sharks, and lawyers. Stories about rats creep me out, but I continue to read them.

I’ve got a hunch there are others like myself who get a perverse thrill from shuddering in terror for entertainment.

Why else would authors like Stephen King be so popular? I remember watching the original black & white movie Frankenstein on late night television in 1960.

Like most 10-year olds, I had an active imagination and couldn’t go to sleep afterwards. I nervously waited for the sun to rise, listening and waiting for Frankenstein to appear. I was sure he was lurking outside my room.

For some reason I thought no monster would dare appear during the day. I knew that was the case with werewolves and vampires, and just assumed Frankenstein was a nocturnal monster as well. ers. They’re all about scaring us witless. The combination of speed, sudden turns, and gravity defying dives nearly always produces screams of sheer terror from riders. Yet afterward, when the world stops spinning and stomachs stop churning, they get back in line for another go!

I’ll never forget my first Zombie movie. It was October 1968, and my best friend Tom (later to become my brother-in-law) and I went to a drive-in theater to see “The Night of the Living Dead.”

For those of you who remember going to drive-in movies back then, the food was terrible. Probably the worst, but most popular item, was pizza. It was like eating cardboard with tomato sauce and cheese smeared frugally on top. We ordered one that night.

Ten minutes into the movie we stopped eating our pizza. Miraculously, our appetites disappeared as we watched people chewing on other people. By today’s standards the movie was tame. At the time, it was considered groundbreaking gore on the big screen and paved the way for countless other Zombie movies. Look at their popularity now. 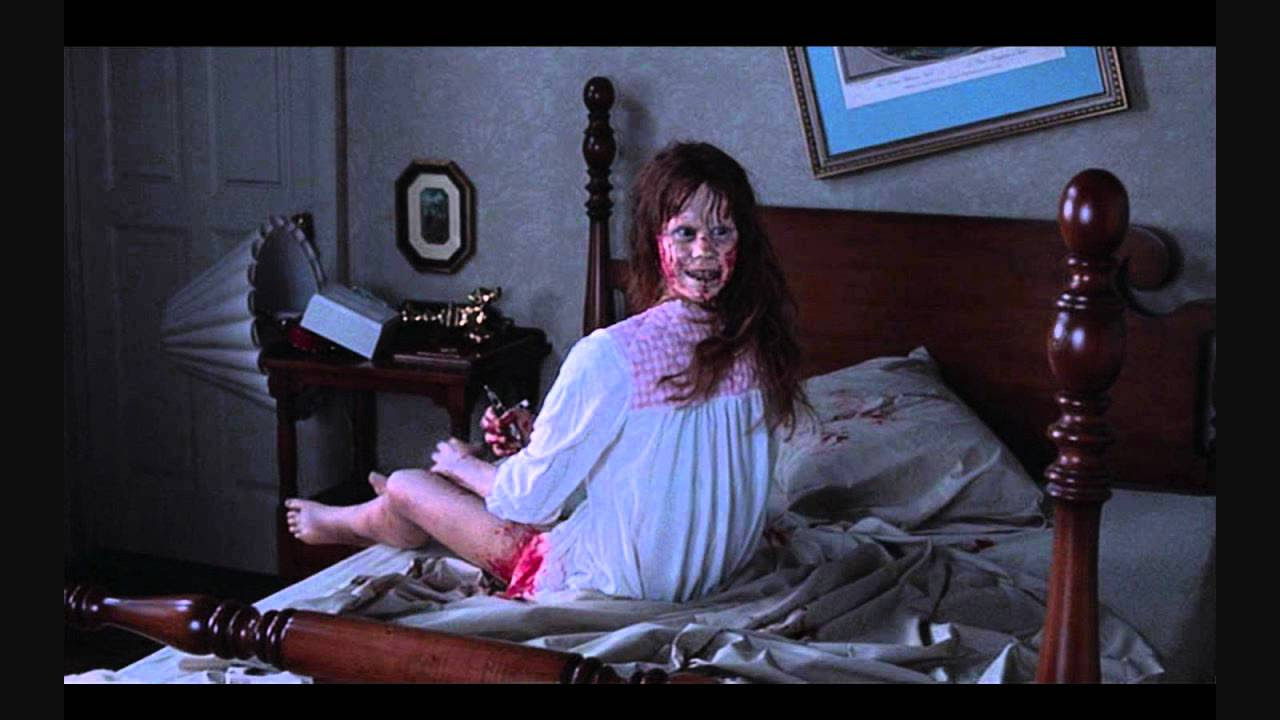 Talking about scary movies, who can forget when “The Exorcist” came out in 1973? I can still see that disturbing image of demon possessed Linda Blair twisting her head completely around and snarling at the camera.

People liked being terrified by the Exorcist so much it reaped 10 academy award nominations and was the first horror movie ever up for Best Picture. “The Sting” won that year.

I totally blame the movie “Jaws” (1975), for my fear of sharks. Prior to the movie I thought nothing of swimming at Huntington Beach, Redondo Beach, and numerous other beaches in Southern California. Haven’t been in the ocean since 1975.

I don’t care if the movie happened on the East Coast. We have plenty of Great White Sharks on the northern coast of California. There’s been more than one incident when I lived in Humboldt County of someone being attacked by a Great White while surfing in the frigid waters.

So why do I like being scared for entertainment? I have no idea. I know I’m not alone, however. Fear sells. Write about the world ending or a Zombie invasion of downtown Keokuk, Iowa,  and it’ll sell.
Of course, you’re going to have a lot of competition because countless others are also dreaming up terrifying global scenarios to scare our pants off.

I read somewhere that because man has no dinosaurs chasing him around anymore, he misses that primal instinct of running for his life from something that wants him for dinner.

In other words, we need an adrenaline rush. People love visiting with lions or tigers while safely separated from their teeth and claws. The same goes for shark aquariums. Watching those cold eyes search for prey sends shudders up our spines.

I think the most feared predators in our society today are lawyers. They look like you and me on the outside, but beneath those suits lurk soulless predators going for our money in court cases.

I’m only half-kidding here. Few things can scare people more than knowing their rival in a lawsuit has a high-powered (translation: unscrupulous) lawyer.

How many times have you wondered if someone escaped justice by using a “good lawyer” (translation: one who is famous and wins every time)? That’s scary.

Here’s an interesting thought; is our fascination with wanting to be scared an evolutionary social flaw that contributes to the violence in our violent society?