Sochi by TV: It’s safer than being there! 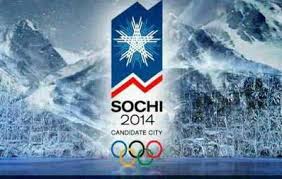 You couldn’t get me to go to Sochi for the Winter Olympics if you gave me free tickets to all of the events, and provided free food and lodging.

I’ve got at least three good reasons (see news stories below) why I wouldn’t go. Sure, I hate flying and the idea of visiting Putin Land Russia is less than attractive.

You could return to the states with all of your personal data stolen by hackers, you might end up on a plane with a person carrying a toothpaste bomb, or you’ll be poisoned by urine-colored tap water.

Throw in some “Black Widows” looking to blow themselves up and as many people around them as possible, and it’s hard to argue with my reasoning.

Call me silly, but I think I’ll watch the games on television in the security of my own home where the tap water is drinkable, I have Norton Cyber Protection, and don’t have to worry about some nut with exploding toothpaste tubes!

Tourist and visitor’s to Sochi can expect to be hacked the moment they log on the the interenet with their smart phones and computers. Local criminals clutter cyberspace with traps to pick up your personal data the minute you do. Russian authorities aren’t even warning visitors.

“The U.S. government has sent an advisory to airlines that fly into Russia, warning them that recent intelligence suggests terrorists might try to smuggle explosives onto planes by using toothpaste tubes.”

Welcome to Sochi: Beware the water

“Welcome to Sochi 2014, the dystopian-like Games where a simple shower poses a threat to your face, fire alarms ring constantly and several hotels remain unfinished. Russian President Vladimir Putin spent more than $50 billion on these Games — the most expensive Olympics, winter or summer, ever — yet he seemingly forgot to pay the water bill.

When the water eventually came back on at my hotel - my temporary housing for a night until my scheduled room could be finished - the water that poured through the faucet was dark yellow. It was the color of apple juice or a performance enhancing drug test specimen. The shower left what looked like fish food flakes coating the tub.

I took a picture of the water and tweeted it out. "On the bright side," I wrote, "I now know what dangerous face water looks like."

You're a Really Professional Blogger, You either have got quality knowledge of what your discussing or you did some great research. Thanks for this excellent post.
oakville dentists