How has heroin become an epidemic in the 21st Century? 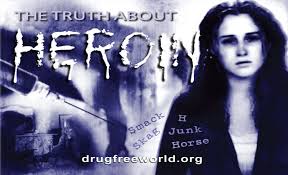 Growing up in the 1950s, I knew heroin was dangerous like every other kid on the street. That was nothing cool about it. It was actually scary.

Alcohol, in the 1950s was an excepted risk. If you got drunk and killed yourself or someone else, society shook it’s head but didn’t ban alcohol.

Generations of Americans grew up with the knowledge that heroin was the worst thing there was to get addicted too in the 19th and 20th centuries. Cigarettes and caffeine, despite being addictive have always been legal and are accepted risks in our society.

Heroin never had a good name or reputation. It’s always gone hand-in-hand with low life characters, thieves, and murderers. Yet, here we are in the 21st Century looking at a growing population of heroin addicts and wondering why now?

America is hooked on drugs that’s why. If it isn’t meth, it’s Purple drank. Heroin is the granddaddy to all of our drug addictions, a close cousin to opium and other powerful drugs. It’s more than just the cost – heroin can be affordable like meth – it’s the message that is being sent out to a population of people who are feeling helpless in this world that we must pay attention too.

Check out this video on the Heroin Crisis

Do we have to start a new drug campaign and educate people to the dangers of heroin? Has it slipped alongside the rest of the other drugs out there because of universal despair? Heroin is deadlier today than it’s ever been.

Find out why in this article:

“The death of actor Philip Seymour Hoffman from an apparent overdose of heroin has, like the death of “Glee” star Cory Monteith, highlighted the resurgence in use of a narcotic that once seemed to be fading away. In recent years, another danger has popped up. Heroin laced with the powerful anesthetic fentanyl, or fentanyl simply labeled as heroin, has killed hundreds of people.

Last spring, the CDC conducted an investigation into a sudden spike of overdose deaths in Rhode Island. It found a cluster of 12 deaths in people aged 19 to 57 attributable to a synthetic version of fentanyl called acetyl fentanyl which is much more potent than heroin.

Though acetyl fentanyl has no legitimate pharmaceutical use and is not available by prescription anywhere, similar reports of fentanyl-related deaths have occurred around the country.

Reports have stated that bags of heroin in Hoffman’s office were stamped “Ace of Spades” and “Ace of Hearts.” It was too soon Monday to know if the heroin Hoffman injected was tainted.”