Brough Superior motorcycles were made in Nottingham, England from 1919 until 1940 and were known as ‘the Rolls Royce of motorcycles’. Very expensive at the time, they were available only to the wealthy. This model (below) dates from 1931. 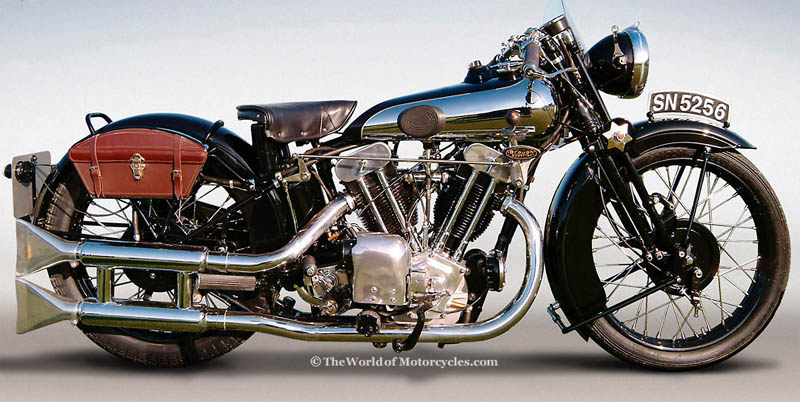 T. E. Lawrence, better known as Lawrence of Arabia, owned several of these machines and died from his injuries after crashing on one in 1935... Another beautiful bike (below) is this Imme (Germany), with a single side suspension. 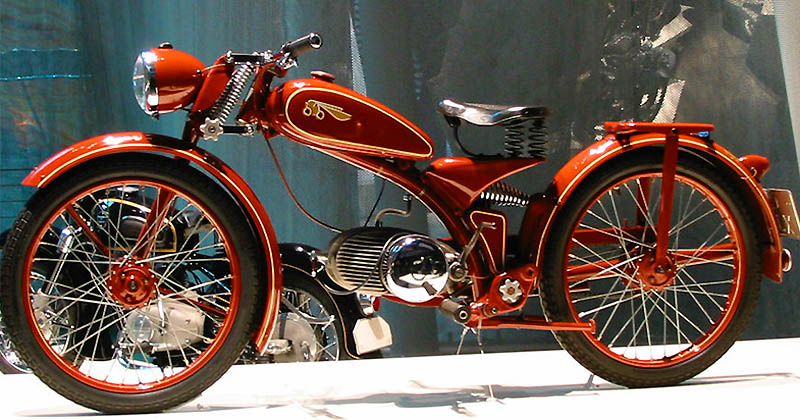 The Megola motorcycle was produced in Munich in the 1920’s. Some 2000 were built, but only 10 fully working examples are still in existence, one of which is in the Guggenheim Museum in New York: 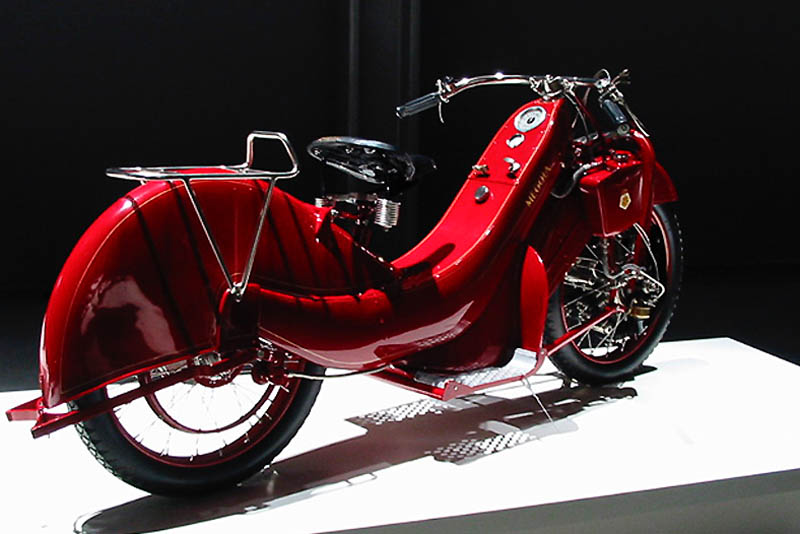 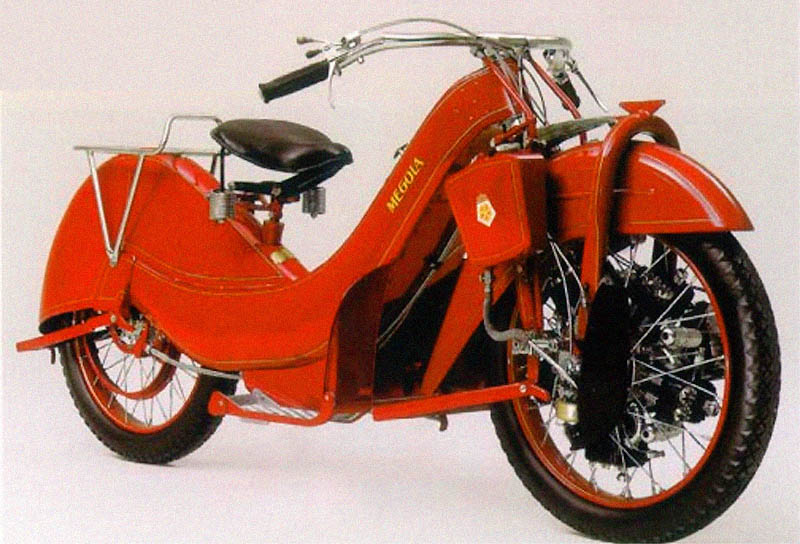 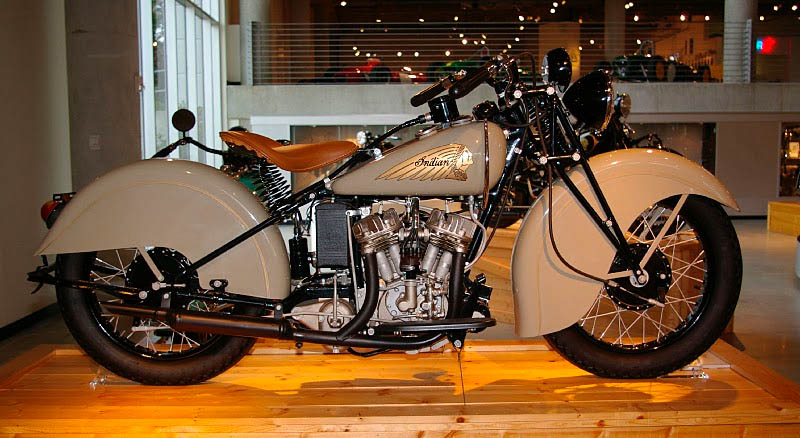 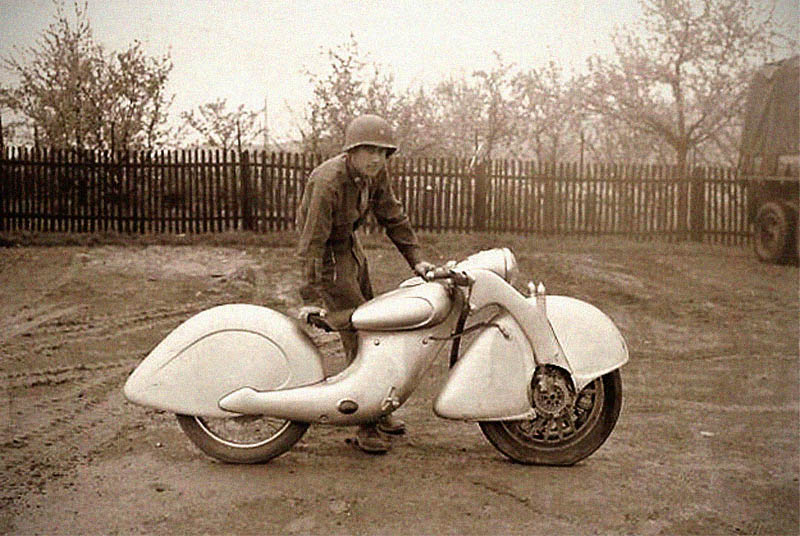 Some sources point out that "in 1940, when Indian's skirted fenders appeared, several questioned the manhood of Spingfield's designers". It seems that aerodynamic shape of Killinger & Freund bikes influenced the Indian designers. (image via) 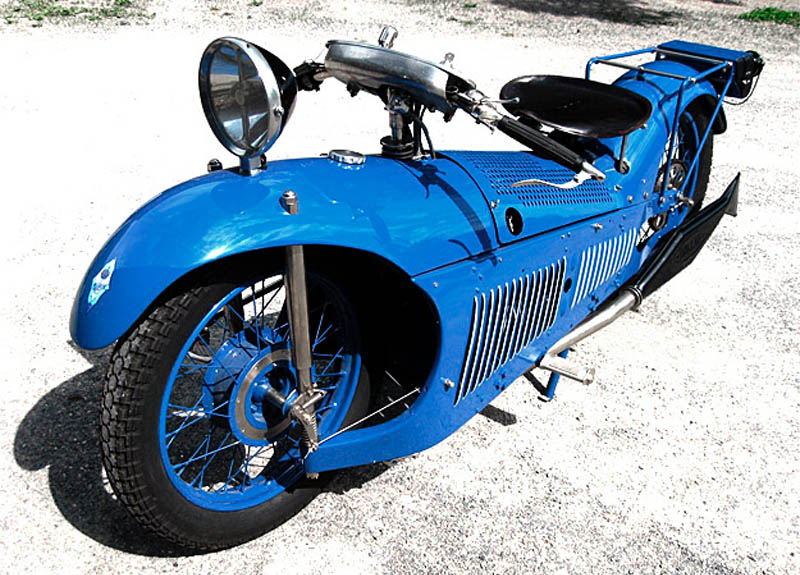 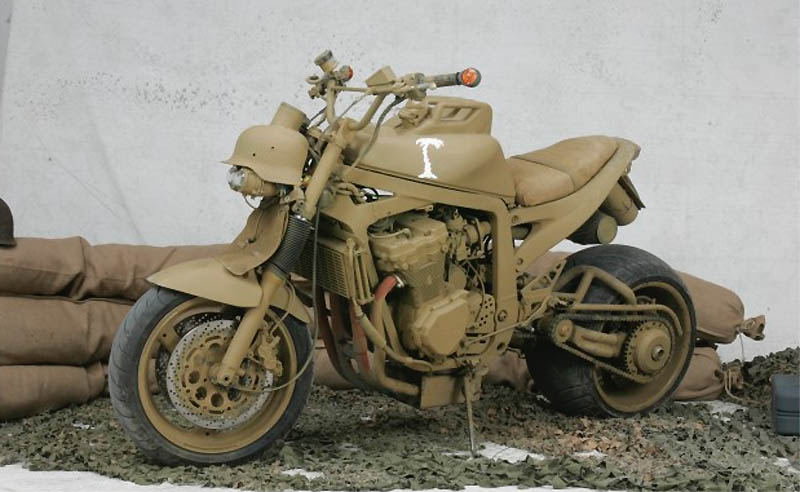 This streamlined torpedo (left) is the French-made Majestic,1929. Speaking about "Custom War Bikes", here is one (right) that was fashioned after World War Two style (modern concept by Kogisama).