A Case of Deadly Boredom: ‘Pick ‘em out, knock ‘em out’ 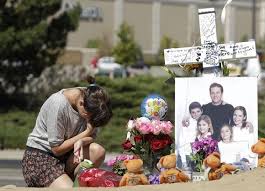 Unfortunately, every day I see, or hear, a reminder of how violent our society is. It’s unavoidable. It’s our 21st century reality.

Nevertheless, I’m still shocked at the recent trend of boredom killings. I saw the story below yesterday, and I’m still shaking my head today.

Killing because one is bored, is a stark reflection of how our young people perceive this violent world. It’s become a modern phenomenon that isn’t going away.

Each story seems more horrific than the last one. Innocent people are being singled out at random and murdered for entertainment. The movies and TV just aren’t violent enough anymore. The next step was sadly inevitable:

Reality TV, and violent Internet postings. Filming people being beaten too death and putting it out on the internet has become too commonplace. The final frontier has been reached…where does it go from here?

A 19-year-old man was sentenced to 30 years in prison Thursday for the beating death of a 62-year-old Chicago man that was recorded on a cell phone and uploaded to Facebook. Anthony Malcolm was convicted of first-degree murder and robbery for his role in the attack that killed 62-year-old Delfino Mora.

According to prosecutors, Malcolm and two other co-defendants last July decided to play a game they called “Pick ‘em out, knock ‘em out.” The three targeted Mora who was in an alley in the West Rogers Park neighborhood collecting cans to sell for cash. Full story & video here