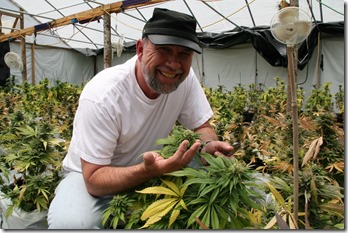 And I don’t mean “green” as in environmental. I’m talking about pot stock.

Who would have ever thought there would be such a thing? Now, I’m waiting to see if there will be expanded news coverage for Wall Street.

Read “The Mary Jane” money report straight from the farmer’s lips every day, as prices fluctuate from state to state! This news report brought to you from the Marijuana Farmers of America and their affiliate, “Bongs For People.”

Investors in marijuana-related stocks may see their profits go up in smoke, U.S. regulators said on Tuesday. 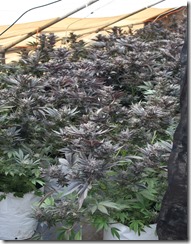 The Financial Industry Regulatory Authority, Wall Street's industry-funded watchdog, warned that scammers have been targeting investors attempting to tap into the growing U.S. marijuana industry.FINRA said red flags for investors range from the classic "pump and dump" - in which con artists boost the price of thinly traded stocks by misleading investors about a company's potential, then sell their shares at a peak - to executives with criminal records.

The majority of marijuana-related companies are so-called penny stocks that trade on the over-the counter-markets, which do not have the liquidity and reporting requirements of major exchanges such as the New York Stock Exchange and Nasdaq.

Glad to see you posted some historical picures