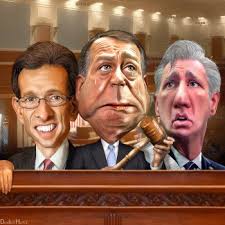 What world do the Republican leaders in Congress live in? Once again, they’re preparing to bow to their ivory tower ideology and forsake the real-world needs of millions of struggling Americans by taking away food from them.

Bravo! That’s the way to balance a budget…show you don’t give a shit about struggling Americans!

If the GOP leadership isn’t attacking the poor, they’re busy attacking women and people of color. They want to appeal to Hispanics and Blacks, yet they go out of their way to make life miserable for them.

But make no mistake, there’s plenty of Whites getting food stamp assistance too. Some Wall Street economists seem to think things are getting better, but that’s because they’re no where near ground level. They don’t see the hungry eyes of malnourished children, and the haunted looks of once middle-class Americans standing in food lines. 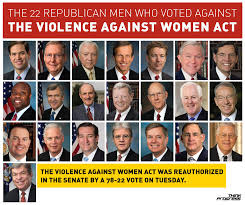 It’s a mark of insensitivity to cut food assistance programs (which don’t have lobbies)instead of some other part of the national budget.  That attitude seems pandemic among the majority of Republicans and conservatives. The wealthy have always held positions of power, and people’s lives have always depended upon their whims and ideology. Our government is no different than any other in this world in that respect.

Here’s the latest example of what I’m talking about:

“House Republican leaders are to present a bill that would cut the food stamps program by $40 billion over 10 years, a move opposed by Democrats. Republicans say the program, whose enrollment soared after the 2008-09 recession, is unbearably expensive at $78 billion a year.

Collin Peterson, D-Minn., ranking member of the House Agriculture Committee, said there would be “no Democratic votes” for the food stamp bill.

He said it was “very disappointing,” adding that the cuts might even be too tough for some Republicans to support.

“I don’t know what the hell they’re trying to do other than placate the Wall Street Journal and the Club for Growth and the Heritage, I don't know what they're doing,” Peterson said.” (Full story here)