As It Stands blog: 2016 Pres Race Shaping Up To Be Battle of Bums!

I’m looking forward to covering the 2016 Presidential race for Learnist. I covered the last election for the social learning website between Obama and Romney, and had fun doing it. There’s nothing like watching politicians making asses of themselves on a national stage.

I’ll predict right now, 2016 is going to be an even (wait for it…) nastier presidential campaign than the last one! No, really! When you look at the politicians/players lining up, it’s easy to see this new crop of wannabes are going to outdo each other when it comes to low blows and lies. 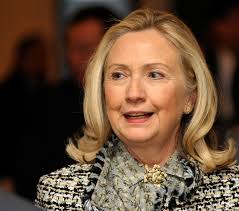 As far as the Dems go it’s shaping up to be Vice President Biden versus Hillary Clinton. I’m reasonably sure oddsmakers would favor Hillary for numerous reasons. And, can you imagine Bill as the (wait for it…) first Husband?? Too juicy.

Personally, I think Kentucky Sen.Rand Paul is a lunatic. If it does come down to him and Gov.Chris Christie for the Republican nomination…I say go with Christie! He’s shown flashes of humanity, a rare display for most politicians these days. He also may be the only Republican (I know, I’m assuming Christie will run, but go with it okay?) who could cross the aisle and actually negotiate with the Democrats and get something done as president.

Here’s some recent news on the subject: 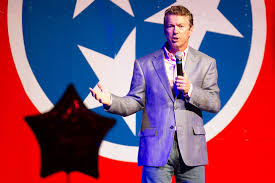 “Voters got a tantalizing preview of a possibly contentious battle for the 2016 Republican presidential nomination when New Jersey Gov. Chris Christie and Kentucky Sen. Rand Paul kicked off a recent public spat, trading personal insults and harsh words in the media.

The battle started last week when Christie, the pugnacious governor regarded as a top contender for the GOP nod in 2016, called the Republican libertarianism represented by Paul a “very dangerous” trend for the GOP.

"These esoteric, intellectual debates — I want them to come to New Jersey and sit across from the widows and the orphans and have that conversation," Christie said at the Aspen Institute forum on Thursday, referring to the surviving families of 9/11 victims. "And they won't, because that's a much tougher conversation to have."

From then, the fight was on. Paul responded Monday on Fox News by accusing Christie of shrouding himself in a “cloak of 9/11 victims,” and went on in the week to chide the New Jersey governor for a “gimme, gimme, gimme” attitude in seeking federal funds to assist with Hurricane Sandy.

And when Christie fired back by noting how much money Paul’s home state of Kentucky received from the government compared to the tax revenue it receives, Paul went on the radio to label Christie a “liberal Republican.”

“This is the king of bacon talking about bacon,” Paul added during an appearance on CNN.

The sparring could well foretell a major showdown in the 2016 Republican primary, should both Christie and Paul seek the Republican Party’s nomination. Each are titans of very different corners of the GOP, and a fight would not just test personalities against each other, but possibly emerging factions of the conservative movement, as well.”(Read the rest of the story here)