Humboldt County under seige…what the hell is going on? 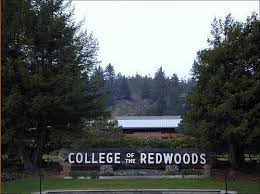 Maybe not such a good day here in Humboldt County.

Already this morning we have reports of a bomb threat at College of the Redwoods, and follow-up stories on the recent  Suddenlink attacks (see links below).

On Suddenlink attacks: From the Times-Standard this morning

All Voices picked up the story today.

Locally, Redheaded Blackbelt blogger Kym Kemp has been following both the Suddenlink story & the College of the Redwoods story. In addition, she provides breaking local news.

With the recent bombings at the Boston Marathon, and poisoned letters to senators, and President Obama (suspect caught – he was an Elvis Presley impersonator!, it seems like a rash of domestic terrorism.

Some people have laughed at my suggestion that a domestic terrorist might be attacking our cable company Suddenlink. Most people around here I’ve talked to think it’s a disgruntled past employee who got fired earlier in the year. No one, however, has come up with a suspect yet.

The FBI has released videos of two men who they are calling suspects in the Boston Marathon Bombings.

The world we live in as changed again…possibly another 911 wake-up call in Boston that is going to result in even more security throughout the nation. Welcome to the 21st century.