AS IT STANDS: Four reasons why the skies aren’t so friendly anymore

By Dave Stancliff/For The Times-Standard
It wasn’t that long ago when the jingle “Fly the Friendly Skies”  by United Airlines was true. Today’s skies are darkened with increasing challenges in air travel. Rather than totally dissect all of them, I’m offering four of the main reasons that show the state of the skies today:

One - the cost of air travel. A recent article in the Chicago Tribune (1-3-13) warned travelers that the cost of flying will go up this year. “Airlines pushed through six fare increases in 2012. Expect a similar number in the new year,” said Rick Seaney, co-founder of FareCompare.com. “I wouldn’t be surprised to see airfares rise like they did last year, between 3 and 6 percent domestically,” Seaney said.
What you pay for an airline ticket is based upon four factors (listed in order of importance); competition, supply, demand, and oil prices. Speaking of competition, if the merger between United Airlines and American Airlines goes through, the nation will have three major airlines of similar size (American, United, Delta).
The Business Travel Coalition, an advocacy group, says a merger will result in higher fares and fees. (A February article in the Business Day section of The New York Times discussed the price consumers pay when airlines consolidate.) 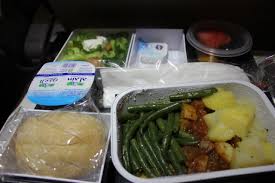 Two - food price increases, and in some cases food no more! It’s hard to believe that we once expected food as part of the ticket price. Free snacks and drinks were a given on even the shortest flights.
Some air transportation experts suggest that if United Airlines and American Airlines do merge there should be some competition on in-flight packages offering Wi- Fi, seats, and food. But consider this, US Airways research shows that passengers care more about getting to their destination than anything else.
Elite travelers on American Airlines expect to be fed in flight. Would the merger mean the loss of that luxury? A lot of concerned people right now wait to see what happens.
Edward Pizzarello, a founder of Milepoint.com, a leading frequent-flier forum, and an organizer of MegaDo, retreats for frequent-flier fanatics, expressed his concerns in a recent AP interview: “My biggest concern is there might be a reduction in the in-flight experience with the new leadership,” Mr. Pizzarello said. 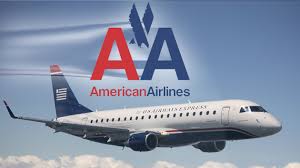 Three - increasing safety concerns about air carriers. Take American Airlines for example; on April 16th they had a nationwide computer glitch that grounded all of their aircraft for hours, causing massive delays.
There was also that nagging little problem of rows of seats coming loose lately. Maintenance problems have driven them to the point of bankruptcy. Hence the possible merger with United Airlines.

And how about Boeing Co's 787 Dreamliner jet suffering three mishaps in as many days in January? The heightened safety concerns after this string of setbacks for the n

ew aircraft is hardly reassuring to passengers.
Four - What airline passengers have to undergo these days for security purposes is stressful, to put it mildly. The greatest number of Americans that were affected in the post-9/11 world, are the ones who use the nation's commercial airports.
Prior to the attacks, passenger screening was done by private companies supervised by the Federal Aviation Administration. After 9/11, the government created the Transportation Security Administration (TSA), an agency despised by millions of Americans today. How controversial is the TSA? Kip Hawley, head of TSA from 2005 to 2009, said that airport security is “broken” in an NBC report last year.
He argued that TSA should forgo standardized procedures and the focus on prohibited items in favor of increased flexibility and mitigating risk. He even wrote a book, “Permanent Emergency: Inside the TSA an 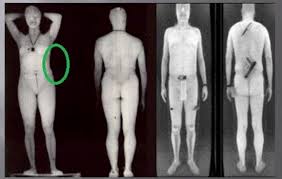 d the Fight for the Future of American Security,” that’s worth a read if you want an insider’s view.

I would be remiss not to mention how much controversy has occurred over full body scans and pat-downs. You constantly hear horror stories of individuals being humiliated and angry passengers refusing to be “groped.”
Airline employees are upset with pending new regulations that would allow carrying on a small knife. Unhappy employees don’t add to the overall traveling experience for anyone.
As It Stands, I quit being a fan of flying back in 1970 when a commercial airliner took me to Vietnam. I never forgave the planes, even though one brought me home!