A Disaster within a Disaster: Series of Explosions leaves a Tale of 2 Cities in Shock 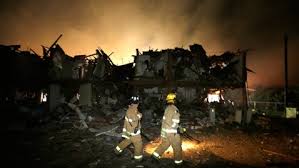 Let’s hope it is for all of us today and this week. Last week was hellish for the citizens of Boston and Texas.

Almost lost, in the 5-day saga of the Boston bombings, was the huge explosion in West, Texas. Investigators have located the spot where the fertilizer plant explosion occurred but don’t know what caused the deadly blast.

At least 14 were killed, 200 injured, and scores of nearby homes and businesses damaged or destroyed in one of the worst American industrial accidents in years. Sadly, most of the deaths were first responders.

Thus far, no signs of criminal activity. However, there is an ongoing investigation into the plant’s recent operations. 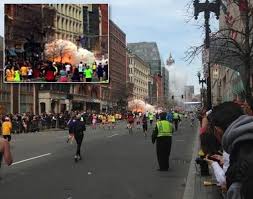 As you know, the two deadly explosions at the Boston Marathon Finish line – three dead and over 140 injured – and the execution of the MIT Security guard – was a series of horrific events that began Monday and ended Friday with the capture of one of the suspects and the death of the other.

Two brothers - Dzhokhar A. Tsarnaev and Tamerlan Tsarnaev - originally from Chechnya, a war-torn a southern Russian republic, were responsible. Tamerlan Tsarnaev died in a shoot-out with police, and his brother Dzhokhar was badly wounded and taken prisoner. His wounds have rendered him unable to communicate with authorities and his story hasn’t been told yet.

If you want to help out the victims, I strongly suggest you go to the following charity.

One Boston Fund here’s the reason why:

Massachusetts Governor Deval Patrick and Boston Mayor Tom Menino have formed The One Fund Boston, Inc. to help the people most affected by the tragic events that occurred in Boston on April 15, 2013. It’s legit, and there are others out there that are scams.

Here’s 6 links telling the entire series of events as they went down. Current news, videos, and updates provided:

A Bad day in Boston

Two explosions at Finish Line of the Boston Marathon

First Responders: Ready to give their lives to save yours

Time for me to walk on down the road.