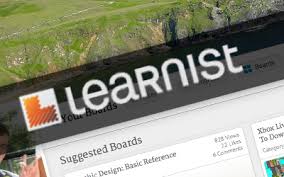 Grockit is partnering with BBC Worldwide to create a BBC Earth multimedia board for the new "Earth Science" category on Grockit's social learning platform, Learnist.

The move strengthens the content on Learnist, which was launched in May of 2012 and builds on the December 2012 announcement by Discovery that it would take an equity stake in the social learning platform.

Learnist currently has around 500,000 users and gets over 1 million page views a month.

"BBC Worldwide is always seeking new opportunities to pilot our content on new, innovative social platforms in order to gain a greater understanding of how particular content is received and used by new audiences," said Jenny Fielding, head of digital ventures at BBC Worldwide, the commercial arm of the BBC, in a statement.