The following article details another side-effect – other industries that will be affected if the USPS has to cut out Saturday deliveries.

These are hard times and hard decisions are being made.

“Members of Congress are going to be hearing a lot from newspapers this week — not via their editorial pages but in person.

There’s only one topic on the agenda: the U.S. Postal Service and its stated plans to eliminate many kinds of Saturday mail delivery later this year.

The National Newspaper Association is coordinating the lobbying effort that will involve newspaper representatives from across the nation, including those in Nebraska like the Daily News. "It's a business decision for us just like it's a business decision for them (the postal service)," said Max Health, a postal consultant for the Publishing Group of America. "It's not over until it's over."

"We all lose if the postal service doesn't continue with Saturday delivery," said Rafe Morrissey, vice president for postal affairs at the Greeting Card Association.

Part of the argument to be relayed to members of Congress this week is that the postal service it acting illegally in its plans to unilaterally end Saturday mail delivery. That’s because Congress, through a series of continuing resolutions, has kept in place a requirement for six-day delivery. 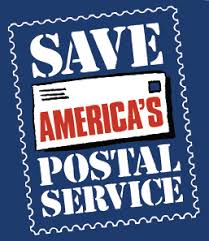 The current resolution, however, expires March 27, which prompted the postal service to announce plans for the end of Saturday delivery, Heath said.

“Whether Congress passes a complete appropriations bill or another continuing resolution, it could still keep the (six-day-a-week delivery provision). The expiration date is not a valid legal reason to make a decision, unless you are trying to make a force play to get a lot of attention,” Heath said.

Another argument to be made by the supporters of retaining Saturday mail delivery is that the projected annual savings of about $2 billion is exaggerated.

In fact, the U.S Postal Regulatory Commission has said it believes the estimate of savings is considerably too high. U.S. Rep. Gerry Connolly, a Virginia Democrat who is a co-sponsor of the House bill to preserve Saturday delivery, also said the postal service has not substantiated its projected $2 billion in annual savings from ending Saturday delivery.

“The real problem is the unfair requirement from the 2006 postal reform act for the U.S. Postal Service to prefund future benefits over a 10-year period at more than $5 billion  per year. This is over and above the $2 billion paid from the postal service operating budget each year already,” he said. “No other government agency has this requirement. It was just a budget trick that year to help the deficit.”

Rep. Dave Loebsack of Iowa added, “By requiring the postal service to pre-fund retirement health benefits to the tune of over $50 billion over 10 years, which no other agency or business has to do, Congress is tying their hands. The USPS would not be in the dire situation it is today if it had not been required to pre-pay these funds.”

Another key factor is the impact ending Saturday delivery would have on rural areas, the elderly and some businesses, such as smaller daily newspapers.

U.S. Sen. Harry Reid of Nevada, the Senate majority leader, said, “Cutting down mail delivery to five days per week will not save the postal service from insolvency. This short sighted measure will deal a crippling blow to the millions of Americans and small businesses who rely on the timely and reliable delivery to every community in our nation.”

While newspaper industry representatives and many others will continue to press for a continuation of Saturday delivery — while also pushing for comprehensive financial reform measures that would improve the postal services’ bottom line — discussions are taking place and plans are being made if the effort is unsuccessful.

Heath said, “Newspapers with Saturday issues should get their department heads together and analyze options.”That’s what has been taking place at the Daily News, led by Cristina Anderson, the newspaper’s circulation manager, in recognizing the importance of the several thousand Northeast and North Central Nebraskans who receive the newspaper via the mail.

Expansion of motor routes, more use of electronic delivery of the newspaper and other possibilities are all being discussed. - The Associated Press contributed to this article - By KENT WARNEKE editor@norfolkdailynews.com