AS IT STANDS: Military suicides exceed combat deaths, now what? 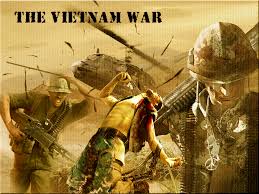 By Dave Stancliff/For The Times-Standard
What mystifies and irks me is our government’s inability to learn from historical mistakes. Why did we go into Afghanistan when we had Vietnam as an example? Couldn’t anyone see the similarities?
Historians agree Vietnam was a war that should never have been fought. It was a contrived war, just like Iraq and Afghanistan.

No amount of military history books detailing the mistakes America made in Vietnam were enough to stop the hawks in Washington from repeating them. Perhaps our current crop of politicians skipped that aisle in the library devoted to U.S. military books while attending high school or college. As for those people in the Pentagon, I doubt if recent military history plays any part in their plans of conquest. 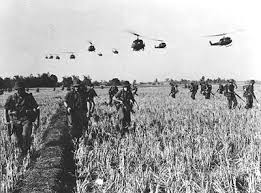 If it did, they would have chosen to avoid past mistakes. Right? Maybe not. Fact: political agendas - influenced by the military industrial complex - have little use for history if it gets in the way of current goals.
Rather than take on the whole issue of listing all the military mistakes made in Vietnam, I’m going to focus on the one that bothers me the most; Veterans with Post Traumatic Stress Disorder (PTSD) are killing themselves in record numbers.
As a Vietnam combat veteran with PTSD, this issue is admittedly personal to me. Veterans struggling to mentally cope after coming home from repeated war zone tours are falling through the bureaucratic cracks and the results are unacceptable.
In a case of 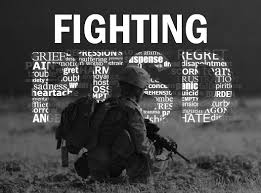 dark irony, more deaths are now attributed to military suicides than to actual combat with the enemy, every year. For truly disturbing statistics go to the official Department of Defense website.

Some sobering examples: there were 349 service members (all branches) who committed suicide in 2012. There were 212 combated related deaths the same year.
The Army, the largest body within the US military (562,000 personnel) has the highest rate of suicides at 32 per one thousand troops and had a total of 182 suicides in 2012. The Marine Corps was second with 24 suicides per one thousand troops.
One of the fallouts from all of these stressed-out troops is more of them are given prescription medications just so they can function. Bart Billings, a former military psychologist who hosts an annual conference on combat stress, recently told the LA Times  “We have never medicated our troops to the extent that we do now…and I don’t believe the current 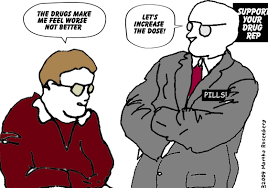 increase in suicides and homicides is a coincidence.”
Military experts report the biggest problem comes from repeated tours of duty. Eighty percent of military personnel do three or more deployments. What results is no surprise. The mental fatigue these worn-out warriors experience is treated with sedatives, amphetamines, and anti-depressants.

There are big concerns about the widespread and frequent use of mefloquine, an anti-malaria drug also called Larium. Suicides and other grim side effects include problems with psychotic behavior, paranoia, and delusions.
The new Army guidelines of August 2012 confirm that PTSD tends to be under diagnosed and under treated bec

ause the stigma in the military discourages troops from seeking help for mental health issues.
Currently the Army is offering a pre-employment “resilience training” for “ongoing comprehensive soldier fitness.” As you might expect, the results thus far are questionable.
The Pentagon has tried numerous anti-suicide strategies in the last three years, but with no success. The number of suicides continues to grow annually.
Bram Stoker, author of Dracula, once said “We learn from failure, not from success!” It’s too bad our politicians and warmongers haven’t learned this fact. Just think what a difference it would have made to our currently suffering service members, some of  whose lives teeter on the edge of sanity.

With talk about the war in Afghanistan winding down in 2014, I would like to see more time and resources spent to help our warriors deal with PTSD, an invisible wound that keeps on hurting if not treated.
What I would really like to see is a simple requirement for all politicians: specifically, they must be well-versed in our past wars and the glaring mistakes that were made. That way when they try to lead us into another war we’ll know they’re not only stupid, but dangerous.
As It Stands, let’s hope our ground troops don’t get involved in Syria or somewhere else in the middle east. It’s a scary possibility with the current crop of clueless politicians and military leaders.

Dave did you know that the VA Issued New Report on Suicide Data: Over 70% of Veterans' Suicides Occur in Those Over 50. and the VA is seeking Vietnam veterans to participate in an anonymous, on-line survey to determine the possible relationship between veterans with PTSD and their self-esteem. Prior to taking the survey, participants are requested to fill out the appropriate consent form. For more information about the study, please contact Matthew Sopkowski at: mattjames0123@yahoo.com

The consent form and survey are available at:
https://iuk.us2.qualtrics.com/SE/?SID=SV_1BKNRcAHTuib6Ul