Today’s Topic: Contamination at NC Marine base lasted up to 60 years

The extent of the criminal negligence in not addressing such a vital issue as clean drinking water boggles my brain. When I read that federal officials have known this for years I was livid!

Once again, the men and women of our military have been dishonored by exposure to potential hazards that have gone untreated for far too long. If we’re not poisoning our troops with toxins in wars like Vietnam, or unspent radium in Iraq, we’re letting them drink contaminated water.

How could a situation this important to the troop’s health go for so long? Wasn’t anyone paying attention? Who was asleep at the watch when report after report came in warning of high levels of contamination in the drinking water? I leave that for to you decide. The following article – and links below -  give more details: 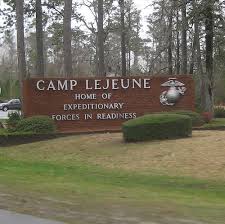 “Some of the wells that supplied drinking water to Camp Lejeune in North Carolina were contaminated by cancer-causing solvents for as long as 60 years, a new federal report shows.

Over the span of 35 years, between 500,000 and 1 million people were exposed to contaminated water at Camp Lejeune in North Carolina, one of the most storied Marine bases in the country. A group of men have banded together saying that their surprising breast cancer diagnoses are linked to Camp Lejeune's contaminated water. Dr. Nancy Snyderman reports.

Month-by-month calculations show that Marines and their families at the base drank and bathed in water that may have been tainted with trichloroethylene (TCE) from 1948 through 2008. Other water sources were contaminated with benzene from 1951 to 2008, the report shows.

Federal officials have known for years that the base’s water supply was badly contaminated, from fuel leaks and probably from a dry-cleaning plant as well. 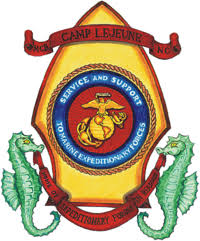 The Centers for Disease Control and Prevention (CDC) has estimated that between 500,000 and 1 million people were exposed to the contaminated water from 1953 to 1987, when the last of several contaminated wells were closed. The new report takes the potential estimates back five years earlier.

"It is possible," Dr. Christopher Portier, director of the CDC's Agency for Toxic Substances and Disease Registry, told NBC News. But he says he believes it more likely the contamination began in 1953, as previously estimated.” Read the whole story here